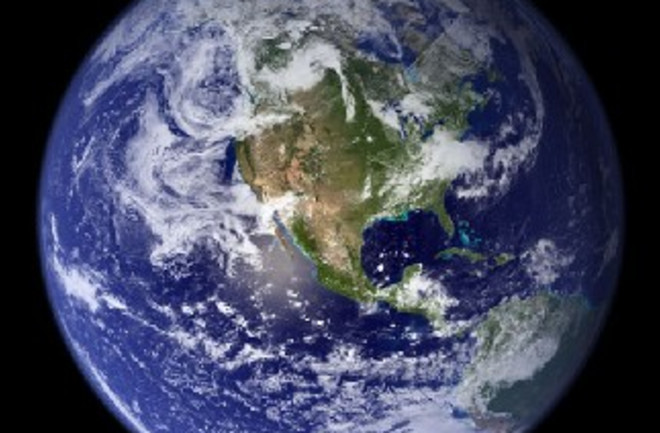 At this very moment the nations of the world are meeting in Copenhagen to discuss the Earth’s climate. 192 countries are represented, and for the next two weeks they will try to come up with a strategy to deal with climate change. Obama will show up in 10 days, as will other heads-of-state. Unfortunately, much of the media coverage (at least in the US) includes discussion of what is being called “ClimateGate”. Someone hacked into the email system of the University of East Anglia, and stole hundreds of private emails from climate researchers around the world. Let us remember that Watergate had to do with an investigation of the burglars, while in this case there seems to be scant attention to the crime (i.e. stealing and publishing personal email), and much more attention to the “incendiary” emails themselves.

Scientists are people too. Amazingly enough, we get frustrated and annoyed. We have fights with colleagues. We let our emotions get in the way of dispassionate peer review. We send emails we probably shouldn’t. This should be no surprise to anyone. There are immense pressures on scientists working on “hot button” issues like climate change. They’re constantly being assaulted and questioned (mostly by people with no particular background or training). And, on occasion, individuals end up saying things and doing things they shouldn’t. Looking over the stolen emails, there are certainly some unfortunate revelations. But there is nothing even remotely indicating widespread fabrication of results. As far as I know, not a single scientific finding is now in doubt because of these emails. No papers will be withdrawn. Nature has a summary of the [lack of] content of the emails. A lot more detail can be found here. And the IPCC weighs in here.

I am not an expert on climate change. If the lives of our children and grandchildren depended on questions having to do with cosmology or general relativity, I would most certainly have a direct, informed opinion. And I would hope that my opinion, and those of my colleagues, would be solicited and respected, given that we’ve dedicated our lives to studying the relevant subject matter. Likewise, I respect the conclusions of my esteemed colleagues in the fields of climate research. And there is absolute and clear consensus on one fundamental point: the actions of human beings are altering our climate. The Intergovernmental Panel on Climate Change (IPCC), composed of thousands of scientists from all over the world, made this startlingly clear. I highly encourage you to read the report (or at least the executive summary). As if that isn’t enough, the World Meteorological Organization just released a report indicating that the last decade was the warmest on record, and that the warming trend shows every sign of continuing.

Now, there are certainly researchers in the field that dissent. This is part of the nature of the scientific enterprise. We’re all trained to be skeptical and contrary. Be leery of received wisdom. Question everything, and try to build your own understanding from first principles. Along the way, on any topic whatsoever, you find some scientists that wander down some misbegotten path and get stuck. Sometimes the individual is Einstein, and they’re about to blow open entire fields. But the vast majority of the time, these radically contrary scientists are simply misguided and wrong. Which is okay. It’s part of the process. And it keeps everyone on their toes.

This is not to say that there aren’t open questions or issues in these fields, nor that we understand everything perfectly. It’s simply a statement that the evidence is compelling and overwhelming, and the basic findings are no longer in doubt. Any future theories will incorporate and subsume what we already know. Just like General Relativity subsumed Newtonian gravity, without nullifying the inverse square law. Global warming is happening. We are (at least part of) the cause. Perhaps the details of what will happen in the next few decades are unclear. Perhaps the worst-case scenario won’t come to pass. It’s a very complicated, interconnected, non-linear system. All we know for sure is that human activities are introducing a new forcing term into our climate, and that this term is already having measurable effects. The Earth is really big. Go outside and look out across the mountains or the oceans or the sky. There’s a lot of room out there. It’s amazing that we can have a serious, global impact on this massive chunk of rock. For reference, I calculate that the entire biomass of humanity is 6.8 billion x 68 kg (150 lbs) = 5 x 1011 kg. This is one hundred million millionth the mass of the Earth. And yet, we’re having an effect on the entire planet.

Since this issue has profound consequences for centuries to come, I would claim it is the responsibility of every citizen of the world to educate themselves on the topic. It seems to me that each of us has three straightforward choices: 1. go back to school, get a PhD in climate sciences, and form one’s own informed opinions about what’s going on. 2. trust the experts. 3. trust the fringe.

Note that the fringe consists almost entirely of non-experts. And believing the fringe requires you to be convinced there’s a vast scientific conspiracy, with the willing collusion of thousands of experts around the world. With no obvious motive or agenda. As a practicing scientist, I find it farcical that people imagine scientists capable of such a wide-ranging, organized conspiracy. We’re much too eager to prove each other wrong. And we’re much too stubborn and iconoclastic to just go along with the consensus, if we pick up any whiff of doubt. On the other hand, it is easy to see why some are interested in questioning global warming. It is indeed an inconvenient truth, after all.

We are altering our planet’s climate. This is not in doubt. How can anyone not be disturbed by the knowledge that we are fundamentally changing macroscopic properties of the Earth, our only home?

[NOTE: Sean just posted on the same topic. This just goes to show that even fellow bloggers have trouble coordinating. Much less thousands of scientists engaging in vast, motiveless conspiracies.]