Life in the Freezer

Despite its location in the coldest, most remote place on Earth, the Halley VI research station boasts plenty of creature comforts. 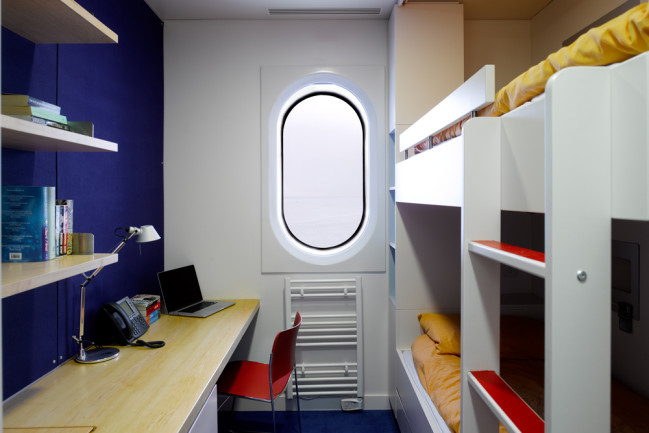 The rooms bear a striking resemblance to the dormitories students call home in their first year living on a university campus. Each bedroom in the Halley VI research station has a bunk bed, desk and plenty of storage.

However, each room also features a special alarm light, which simulates natural light to combat season affective disorder during the dark months. 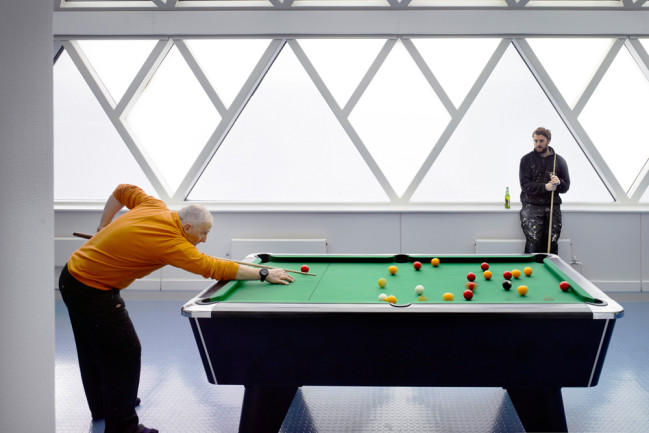 The ceilings are twice as high at the heart of the social module — the perfect place to set up a billiards table.

The windows are actually translucent panels coated with Nanogel, which yields high levels of thermal insulation and light transmittance. 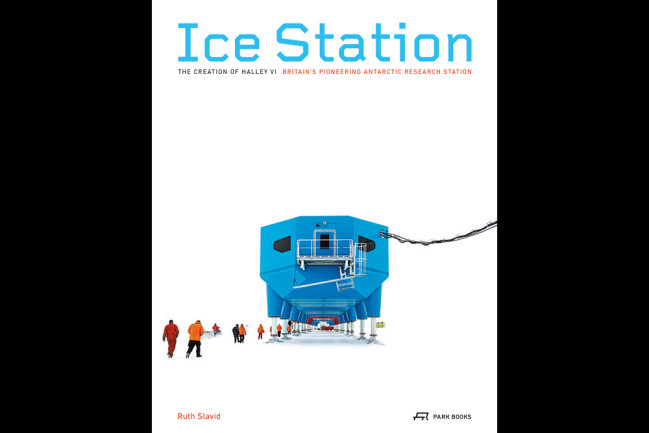 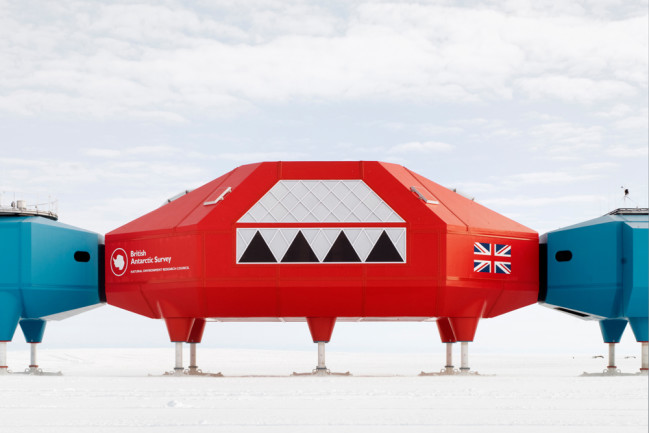 The red, double-height social module at the heart of the Halley VI research station. 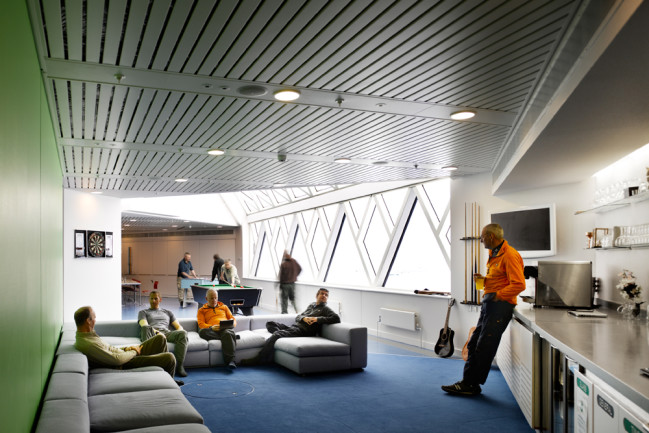 The social module has a flexible, open plan layout. The lofty module contains a dining area, games and a bar in the open space that's flooded with natural Antarctic light — when it's available.

The room is designed to reinforce a sense of community among the research team. 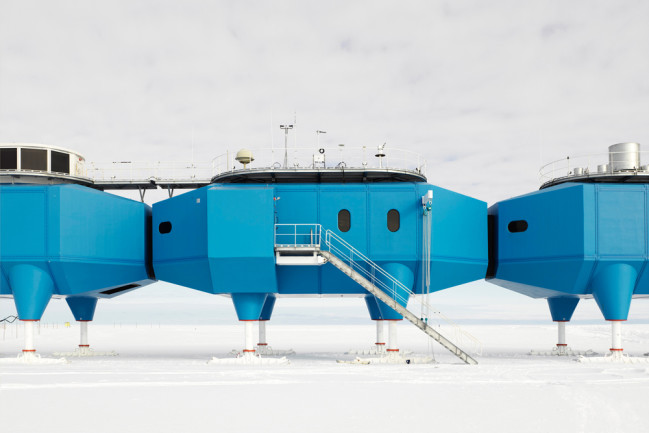 The entrance to Halley VI's science modules. Halley VI, which officially opened in 2013, is the world's first fully relocatable research station, and when it's time to move, the stairs can be lifted on chains. 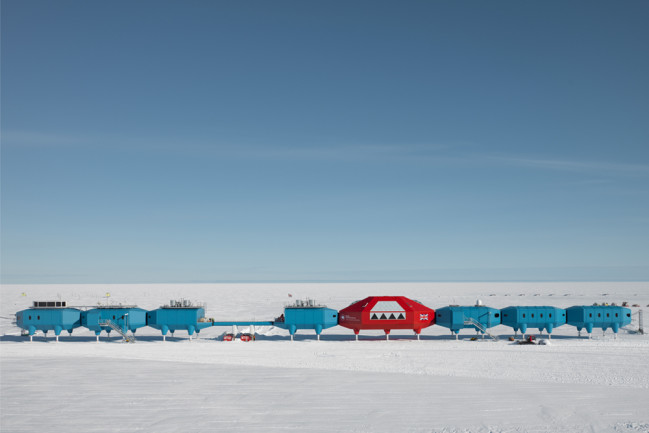 The Halley VI Antarctic research station, as the name implies, is a sixth-generation facility operated by the British Antarctic Survey, which has a long history of pioneering science.

In 1985, the team at Halley discovered the infamous hole in Earth's ozone layer, which was the result of constant atmospheric monitoring at the station starting in 1956. Today, the site remains one of the most important places to carry out science, but it's also one of the most extreme climates to work in.

For 106 days each year, researchers work in total darkness. More than a meter of snow falls annually (past iterations of the Halley station were either abandoned or buried under the snow), and temperatures can dip to -120 degrees Fahrenheit. Despite its location in one of the harshest environments on the planet, Halley VI designers found ways to make the facility feel like home.

The upcoming book, Ice Station: The Creation of Halley VI. Britain's Pioneering Antarctic Research Station examines the making of Halley VI and offers an inside glimpse at a place few will ever see. 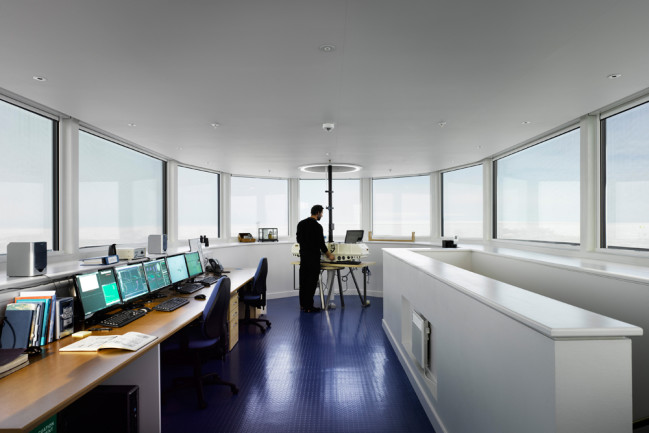 The upper-level climate observatory offers 360-degree views of the Brunt Ice Shelf, which is where the Halley VI research station calls home. 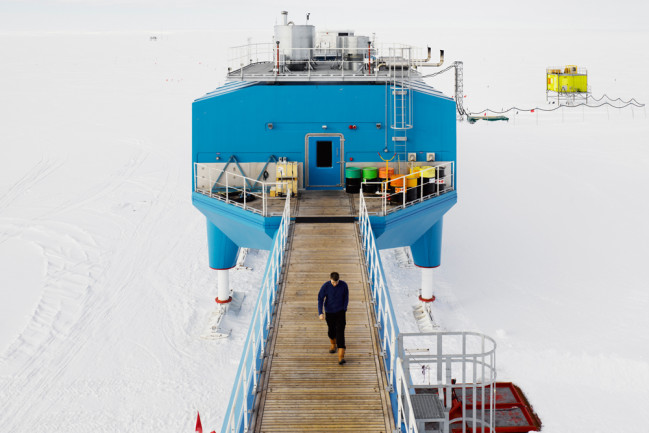 Here, a researcher walks the bridge that connects the two energy modules.