Life Could Have Evolved in Frigid Underwater Ice Gardens 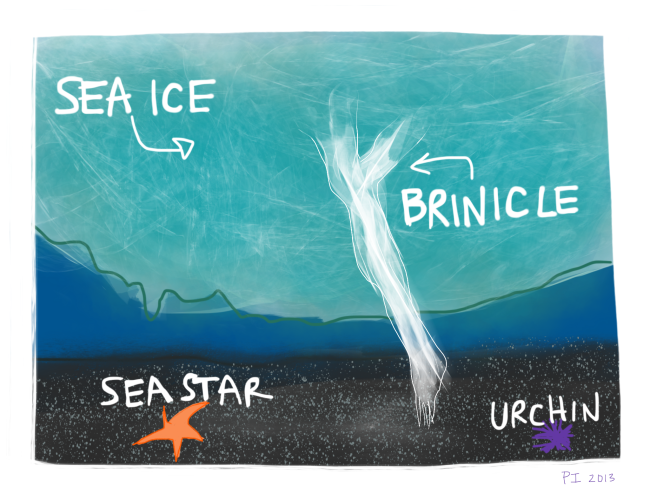 New evidence indicates that chemical gardens which form beneath the Antarctic ice could be the origin of coldwater life.

Brinicles, first captured forming on film by the BBC in 2011

, are hollow tubes of ice tha

t descend from Antarctic sea ice. They look a lot like icicles, but aren’t. As sea water freezes into ice, it excludes salt and other ions, which get trapped in brine-rich compartments in sea ice. Brine has a lower freezing temperature than water, so if the sea ice cracks, the liquid is released, and immediately freezes any seawater that it comes in contact with, creating a hollow tube of ice descending into the water. 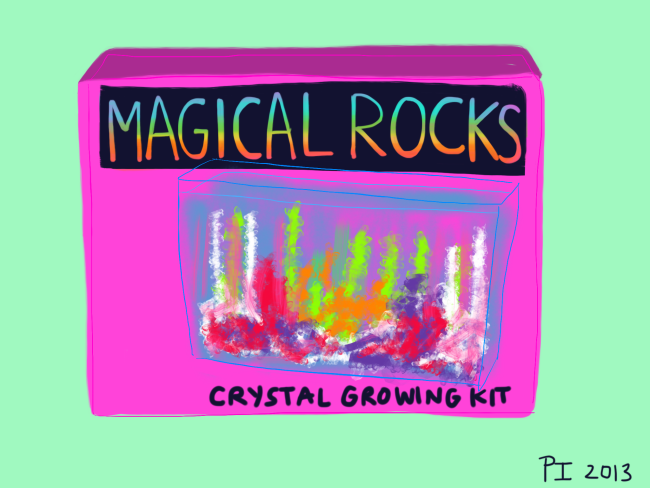 Julyan Cartwright and Bruno Escribano, authors of a recent study

about brinicles, qualify the formations as “chemical gardens,”

plant-like tubular structures that form when metal salt crystals are immersed in certain solutions. Chemical gardens are a common intro to chemistry experiment

, and are ubiquitous in children’s chemistry kits, the “grow your own crystals” exercise. They are frequently seen around hydrothermal vents 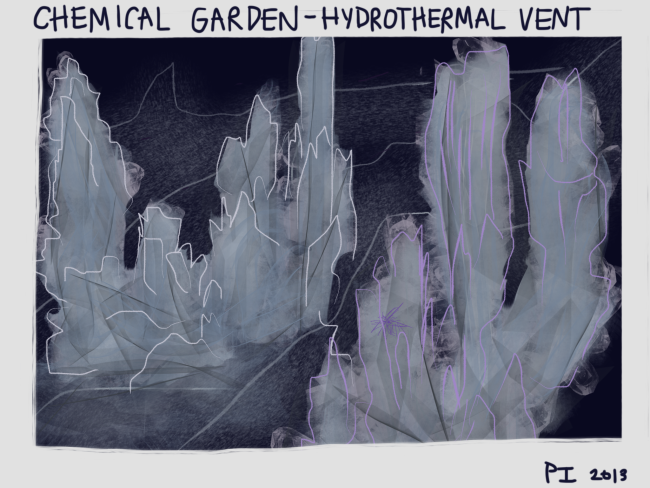 By their very nature, brinicles (and chemical gardens) possess three key ingredients necessary for life: they create chemical gradients; they have the kind of electric potentials that may help jump-start life, and the brine-rich compartments they originate in have primitive membranes that contain fats, lipids, and and chemical compounds. These are the same conditions established by chemical gardens at hydrothermal vents, which are presently one of the top candidates for where life originated on Earth. Thus one of the more important implications of the current study is that it proposes that brinicles could have been the site of a cold emergence of life, just as hydrothermal vents could be originators in the hot origins theories

. Cold origins have been hypothesized by some scientists because some complex organic molecules form more readily in cold temperatures

than in warm ones, and the surface of ice is a good substrate for these reactions. Even if brinicles aren't the spot where Earth's life began, they may help in our ongoing search for habitable zones beyond our planet. Structures similar to brinicles could exist elsewhere in the solar system, for instance on Jupiter's moons Ganymede or Callisto, where they could harbor life even in freezing conditions.