Let's Not Forget Cars While We Freak Out About Everything Else 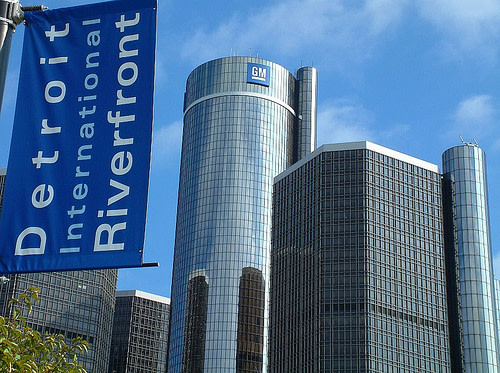 Because it just happens that right now is the moment that GM and Chrysler are in a PR/marketing duel over whose electric car is the Next Prius. Both are coming out with new models in 2010, the Chevy Volt for GM, which is promised to get 100 mpg, and three or four different models from Chrysler (depending on what you count as an electric car), like the Dodge EV, which is supposed to get 150 miles from an electric charge. Since this is the single greatest area of competition between two of our top three auto makers at the moment, a lot of those 25 billion federal dollars will probably go, indirectly, to the intensive marketing of electric vehicles. The closest thing to a propaganda campaign our government is allowed, in our free-market society, that isn't an anti-smoking effort.