Keeping An Eye on an Awakening Giant 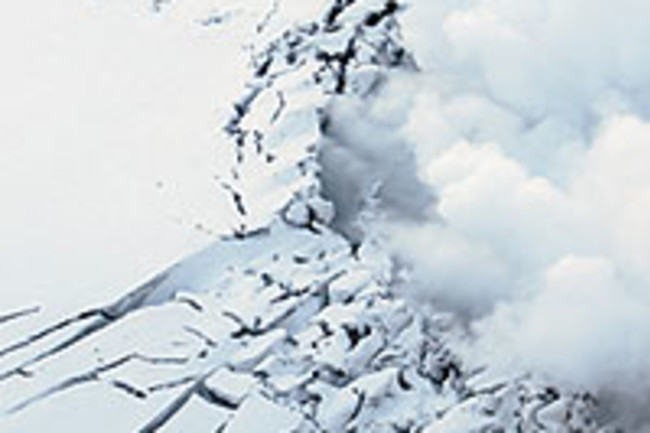 Is Mount Saint Helens about to blow again? The volcano trembled back to life with a series of small quakes in the early morning hours of September 23 and has rumbled with seismic swarms ever since. It has also spewed tons of gas and ash and built a new dome out of more than 1 billion cubic feet of lava. “We have not seen changes that would indicate an end to the eruption,” says volcanologist John Pallister of the U.S. Geological Survey’s Cascades Volcano Observatory in Vancouver, Washington, “or an escalation to a larger event.”

The volcano is oozing 117 cubic feet of lava per second, which is neither fast nor slow. “If you play the odds, at that rate the eruption should be over in a year,” Pallister says. “But if it does stop, it wouldn’t be uncommon for the pressure to build up so that it starts over again.” Samples of the emerging magma (taken by Pallister during commando-style forays by helicopter) are thick and sticky, with very little gas, “like flat champagne,” he says. “That’s good news for us because gas-poor magma is less likely to cause an explosive eruption.”

During Mount Saint Helens’s May 18, 1980, eruption, the top 1,300 feet of the volcano crumbled, initiating a steam-powered blast that tore off the peak’s north flank and sent more than 5 billion cubic feet of volcanic mud flowing into nearby river channels. Pumice and ash blanketed thousands of square miles. Fifty-seven people died.

Should Saint Helens blow again, Pallister doesn’t expect a repeat of the devastation: “There are no longer people living on the north side of the volcano, where the action is,” he says. He is concerned, however, about air travel. “My biggest worry is that a large eruption would create an enhanced hazard to aircraft and their passengers,” he says. “Ash at flight levels is a significant hazard because it can cause engines to lose power.” A temporary flight restriction zone is now in place around the volcano.