Japan Meteorological Agency: For the Globe as a Whole, June 2015 Was the Warmest on Record 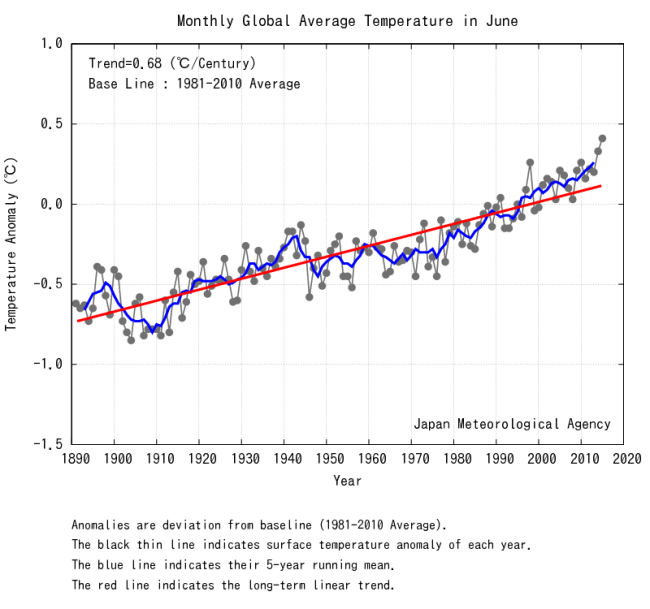 This past June was the warmest globally in a record stretching back to 1891. That's the verdict from the Japan Meteorological Agency, which issued its latest monthly report on global temperatures today. You can see how June 2015 stacked up compared to other Junes in the graph above. Two U.S. agencies — NOAA and NASA — will each issue their own independent reports soon. The details may vary a bit, but it's unlikely that the ranking will. Given the strengthening of El Niño in recent months, this should come as no surprise. El Niño has caused the surface waters of a large swath of the Pacific Ocean to warm considerably, and this has been affecting the atmosphere. With El Niño expected to continue through the end of the year, it is looking increasingly likely that 2015 will finish as the warmest year on record. But the climate is complex and fickle, so we'll have to wait and see. NASA's report for June 2015 should be next. Look for an update on that in the coming days.