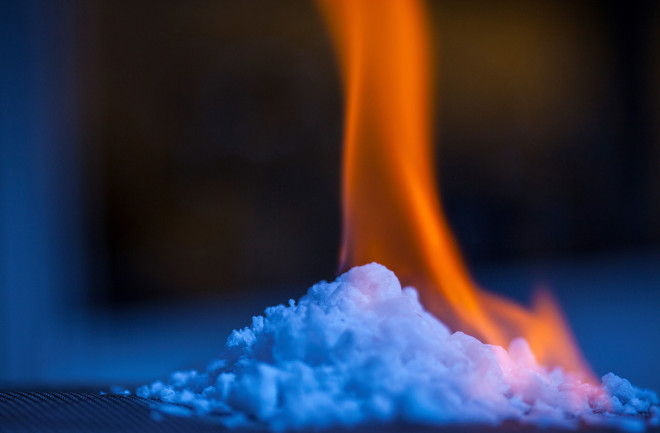 Global fuel supplies may soon be dramatically enlarged thanks to new techniques to tap into huge reserves of natural gas trapped under the seafloor. In March, Japan became the first country to successfully extract methane from frozen undersea deposits called gas hydrates.

These lacy structures of ice, found around the globe buried under permafrost and the oceanfloor, have pores filled with highly flammable gas. By some estimates, hydrates could store more than 10 quadrillion cubic feet of harvestable methane — enough to fulfill the present gas needs of the entire United States for the next 400 years.

During the past decade, researchers have conducted exploratory drilling and extraction of onshore hydrates locked in permafrost. But offshore deposits, where most of the reserves exist, had never been tapped before Japan’s Oil, Gas and Metals National Corp. set up a small-scale production test in the Pacific Ocean off the coast of Japan near the Nankai Trough.

The Japanese team sunk a pump through more than half a mile of water and another 1,000 feet of marine sediment. Suction in the system reduced the pressure in the gas hydrate, causing the ice to melt and liberate its gases. The mix of water and methane was pumped to the surface and separated. In total, the operation retrieved about 4.2 million cubic feet of methane over six days, according to the Japanese Ministry of Economy, Trade and Industry.

[This article originally appeared in print as "Fuel From Fire Ice."]