IPCC on Hurricanes and Global Warming? 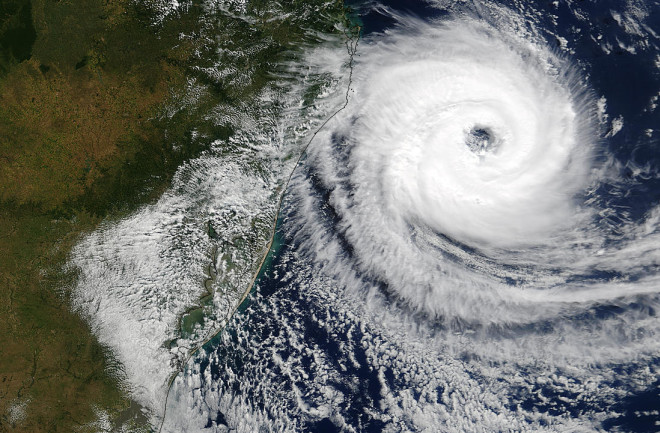 As Roger Pielke, Jr., has already noted, word has it that the new IPCC report will say that hurricanes have measurably intensified due to global warming. Roger warns that, if true, this will cause huge controversy. I would go even further and say that if true--and that's still a huge caveat at this point--this will be the most controversial part of the report. However, it's important to pay attention to the alleged details. According to the same media scoop (by the AP's Seth Borenstein), the IPCC's language will merely say that it's "more likely than not" that changes to hurricanes have occurred. That sounds to me like a fairly low level of certainty to ascribe to the conclusion--barely above 50 %. It's far less than the certainty level expected to be ascribed to the basic conclusion that humans are causing warming itself (90 % or higher). Compare "more likely than not" to the recent World Meteorological Organization consensus on hurricanes and global warming (PDF), which stated:

Though there is evidence both for and against the existence of a detectable anthropogenic signal in the tropical cyclone climate record to date, no firm conclusion can be made on this point.

How much difference, in terms of percentage or level of certainty, is there between "more likely than not" and "evidence both for and against"? I leave that up to scientists to argue about, but I suspect that in spite of the vastly different ways in which the two statements will be read (and rightly so), scientifically they may not be quite as distant from one another. In fact, let's go further. The last IPCC Summary for Policymakers (PDF) contained the following footnote:

By these criteria, wouldn't "more likely than not" and "there is evidence both for and against" both fall within the range of "medium likelihood"? Surely there is a difference between "likely" and "more likely than not," and surely the latter is a weaker statement....right? To me, what all this underscores is the continuing problems that scientists have when it comes to translating their "uncertain knowledge" for a public that doesn't (and won't) understand the nature of such knowledge.