Inside a Tree Leaf, It’s Always a Balmy 70 Degrees 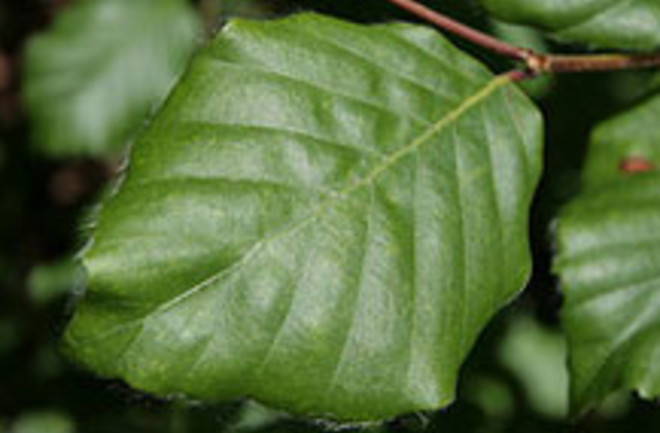 Who knew that a white spruce in northern Canada, a red maple in Pennsylvania, and a mahogany tree in Puerto Rico have so much in common? Their environments are certainly very different, with icy winds buffeting the spruce tree's needles and hot, humid air bathing the mahogany tree's leaves. But despite these external variations, a new study shows that inside each tree leaf (or needle) it's always just the right temperature for the delicate and vital process of photosynthesis, and the leaves are responsible for keeping that thermostat steady. The findings, published in Nature [subscription required], show that trees all across North America favor the temperature of 70 degrees Fahrenheit for the photosynthesis process, which uses sunlight to convert carbon dioxide into oxygen and sugars. To keep in that comfort zone, they've come up with some clever adaptations. Trees release water, and during hot times, that botanical sweat cools them down. And trees that grow in cold places tend to cluster their leaves. These tight formations can affect the rate at which leaves lose heat on cold days, just as fingers pressed together in mittens stay warmer than fingers separated by space in gloves

In another useful adjustment, trees can let their leaves wilt in the heat; a droopy, wilted leaf has less surface area exposed to sunlight. And while the researchers didn't study rhododendrons, anyone who has grown the shrubs in a northern climate knows that the leaves roll up like cigars in cold weather to prevent losing moisture through the leaves. The team of ecologists from the University of Pennsylvania studied wood samples from 39 different species of trees, examining each for the presence of two oxygen isotopes that indicate the tree's temperature while it was conducting photosynthesis. Precipitation is rich in oxygen-18, so generally the ratio of oxygen-18 to oxygen-16 should be higher in warmer, wetter climates than in the colder north. The ratio should also be higher in drier climates, as there the lighter oxygen-16 diffuses more readily from a tree's leaves into the air, leaving more of the heavier oxygen-18 behind to be incorporated into wood

Instead of the variations researchers expected, they found similarly ratios in trees from cold and dry climates as they did in trees from a lush Caribbean climate. The only explanation, they report, is that the leaves can maintain a relatively constant temperature, come rain or snow or sleet or hail. These findings have repercussions for paleoclimatologists, who sometimes try to construct accurate pictures of ancient climates using ancient wood. If internal temperatures in trees don't mirror the external air temperatures, researchers have some rethinking to do. Image: flickr/robad0b