In Reviewing Sizzle, Should ScienceBloggers See Themselves in the Mirror? 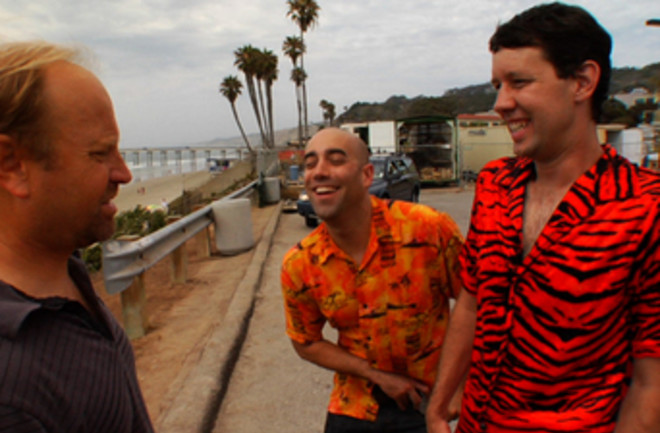 Yesterday my review of Randy Olson's Sizzle went up at Science Progress. I absolutely loved and raved about the movie. To my mind it's exactly the kind of thing we need more of. So you can imagine how I felt when I surveyed the reactions from many of my fellow ScienceBloggers, who seem to be panning this film and just not getting it. First, everyone is entitled to his or her aesthetic opinion. And indeed some fellow science bloggers really did like the film, including Bora, Jennifer Ouellette, and Greg Laden, to name a few. Second, I acknowledge that the merits of Sizzle were debated intensively on the message boards, where I didn't take part--and are still being debated there. But I still just have to say....I'm mystified with the tone of much of what I've read over all. And so I'd like to make a suggestion: Could it be that, for some of these hypercritical bloggers, Randy Olson's documentarian character in Sizzle is really their reflection in the mirror? After all, the character is basically a caricature of someone who repeatedly demands facts, facts, facts, and can't relate to non-scientists, have a good laugh, enjoy a good story. In my view, what's so great about Sizzle is the way it asks us to look hard at the insularity of our pro-science community--and the disconnect between the science world and other walks of life, other parts of American culture. In this context, doesn't the fact that many science bloggers are slamming it--and misunderstanding it--simply validate the film's central point? In throwing this idea out there, what I'd hope to encourage is that some of my fellow bloggers consider watching the film again with such thoughts in mind. Meanwhile, I'm going to the screening Saturday night in LA with three friends, and I'm going to mention this movie to everyone I see.