Manicured lawns are out, and diverse eco-friendly gardening is in. Use these tips and resources to create wild, pollinator-friendly spaces that cater to native species and a healthier planet. 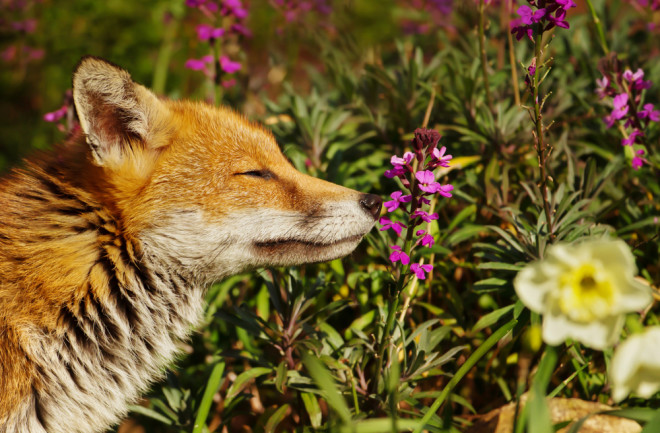 Monarch butterflies are disappearing. Other insects are on the decline as well. So are birds. Forests in the U.S. have been reduced by a third since the arrival of Europeans. Some 99 percent of our prairies are gone, too.

In this time of widespread ecological catastrophe, it can be tempting to let eco-anxiety give way to eco-pessimism. What, after all, can one person do? Most of us aren’t going to lay down in front of a bulldozer or chain ourselves to a tree. Abandoning your gas-guzzling car is hardly a viable option for everyone. And simple steps like recycling, apparently, aren’t even that effective, with much of our dutifully sorted waste ending up in the trash or in the ocean anyway. Even our reusable cotton totes would have to be used 20,000 times to offset their environmental impact.

But before you go full nihilists, take heart — there’s something you can do that actually has a documented impact. And you can see it with your own eyes.

Homeowners and even apartment dwellers across the world are creating backyard habitats for wildlife. Planting native species provides much needed food and shelter for animals as they eke out a living in pesticide-saturated suburbia or concrete city landscapes. In concert with larger restorations in rural areas, thoughtfully planted utility strips, forest preserves, and state and national parks, these oases become part of a larger system of wildlife corridors — a network of hospitable places for animals to feed, breed and shelter.

A variety of organizations provide guidance and even certification for these homemade refuges. Local chapters of the Audubon Society offer programs that recognize backyard bird sanctuaries. Monarch Watch and the North American Butterfly Association both sponsor butterfly garden initiatives. And a network of smaller groups like Pollinator Pathways and Wild Ones evangelize for wildlife gardening as well.

“The certification process was simple,” says Chicago resident Michele Metych, contributing editor to Encyclopedia Britannica’s Advocacy for Animals. She certified her yard through Pollinator Pathways this year. “They asked me to verify that my garden had native plants but not invasive ones, to commit to not using pesticides, and to leave autumn leaves to serve as a habitat for overwintering insects.”

The National Wildlife Federation (NWF) has been at the vanguard of this movement. Its eponymous magazine published an article laying out the principles for what is now called the Garden for Wildlife program in 1973. Since then, the NWF has certified some 250,000 wildlife habitats on properties of all shapes and sizes.

Naturalist and NWF spokesperson David Mizejewski offers a wealth of information on how to best transform your own space.

Mizejewski cites four factors critical in designing a landscape that is inviting to wildlife. Primary among these is the use of native plants.

“[Plants and wildlife] co-evolved over hundreds of thousands, even millions of years in some cases,” Mizejewski says. “Their life cycles are in sync with each other. The plants are putting out nectar right when the native pollinators need it. They're putting out berries right when the migratory songbirds are going through.” Their leaves also offer sustenance to insects and their larvae. Milkweed (Asclepias species), for example, is crucial for the survival of struggling monarch populations, whose caterpillars feed exclusively on these plants.

Whatever your region, there are hundreds of species of native trees, shrubs and herbaceous plants suitable for a residential landscape. The NWF and Audubon both offer databases of natives that will thrive in a given area. Gardeners are encouraged to plant as many as they can. Research has shown that pollinator diversity, for example, is optimized when at least 20 different species are planted, though even a few is better than nothing. A container on a balcony can house a handful of natives and still provide some benefit to visiting insects.

Not all natives are created equal, though. Mizejewski urges gardeners to source what are known as local ecotypes: specimens of a certain species that are actually native to a given locale. Coneflowers (Echinacea species), a popular choice due to their showy blooms, are technically native to large swathes of the country. But the varieties sold at big box garden centers may be subtly different from those that grow in the wild in your area, even if they are technically the same species. These variations may make the cultivated types less useful to wildlife.

Sourcing local ecotypes, however, can be challenging — only a small handful of nurseries and native plant organizations offer them. Mizejewski suggests that gardeners at least steer clear of heavily hybridized native cultivars. “We might breed a plant to have a double bloom,” he says. “In doing so, you just made the nectar inaccessible to the pollinators. Or we might breed a plant to bloom in a different color. That might have eliminated the ultraviolet spectrum that attracts the bees to it.”

If gardeners must include nonnative ornamentals, he adds, they should avoid planting invasive species. Many of the worst plant pests in natural environments, such as purple loosestrife (Lythrum salicaria), Japanese barberry (Berberis thunbergii), burning bush (Euonymus alatus) and Japanese honeysuckle (Lonicera japonica), are garden escapees.

Garden design is also important, as it can affect two other essential factors: shelter and places to raise offspring. Planting densely and in layers mimics natural growth habits, providing places for wildlife to hide from predators and to conceal their nests. Leaving dead plant matter standing during winter not only lends aesthetic interest but also harbors hibernating insects. In contrast, the sparse, over-manicured beds typical of many yards leave wildlife exposed and they may be less likely to take up residence and breed.

This is particularly true of a feature that is nearly ubiquitous on American residential properties: the lawn. Some 81 percent of Americans have them, and they spend billions of dollars on their upkeep. These patches of greenery have come to represent aspirational suburban plenitude — or depressing conformity, depending on your perspective. Love them or hate them, one thing is certain: they are ecological deserts.

“They’re kind of a waste of space in terms of wildlife habitat,” Mizejewski says.

Maintaining them in viridian splendor requires extravagant applications of pesticides and fertilizers, which are deleterious to everything but nonnative turf grasses. And because the clipped carpet of a typical lawn offers little in the way of erosion control, these compounds sluice off of the compacted soil and end up polluting waterways, causing algal blooms and poisoning aquatic animals. On top of that, gasoline powered mowers and other lawn equipment contribute to air pollution. The noise they produce can also stress wildlife and impede their ability to detect predators.

Turning some or all of your lawn over to native plantings creates useful habitat, eliminates the need for expensive pesticides and fertilizers, and reduces runoff — thus helping to replenish the water table. Water features at the surface are important too, completing the quartet of factors that make for an optimal habitat. They provide for animals looking to slake their thirst. Even a shallow dish, cleaned regularly, can offer sufficient drinking and bathing water for birds. And larger features such as ponds offer places for amphibians and aquatic insects to breed.

Wildlife gardening, it turns out, is addictive in the best possible way. If you plant it, wildlife will come. And those first sightings of butterflies, or native bees, or unusual birds often induce gardeners to expand their palate of offerings, planting more and more. Biophilia is a real phenomenon, meaning that humans are intrinsically drawn to the natural world.

“We know that when people have those personal connections to nature, it just makes it more special and more important. They get even more involved,” Mizejewski says. “Wildlife gardens give people a place where they can connect to nature on a daily basis.”

Those connections lead to a deeper understanding of how even small gardens influence the natural world. Armed with this knowledge, gardeners can take further actions that benefit themselves as well as the environment.

But the effort comes with hurdles. Some of these practices can be controversial. Habitat gardens have incurred fines in many neighborhoods because native plants are perceived as weeds by the uninitiated. Indeed, this is part of the reason Metych chose to certify her yard.

“I decided to do it because my milkweed garden was probably triggering my neighbors,” she says, with a laugh. “I wanted them to know why it might look overgrown, that it was really beneficial, and not just me being a lazy homeowner.” Pollinator Pathways, like most certification programs, offers a sign that gardeners can post, indicating the purpose of their landscape.

Mizejewski suggests that motivated wildlife lovers contact their homeowner’s associations and local governments to contest laws against supposedly untidy spaces and explain to them the value of creating wildlife habitat. In instances where a wild look just isn’t going to fly, it may be worth starting with a more conservative look and building from there.

“We challenge folks to think about creating wildlife habitat gardens in a way that inspires others to want to follow their lead,” says Mizejewski. Indeed, the goal is for these islands to become archipelagos, a blooming complex of interconnected green spaces that welcome wildlife back into our lives. In doing so, perhaps, we can prove to ourselves that there is a little hope after all.