How I Took Down 'The Pissing Fly' 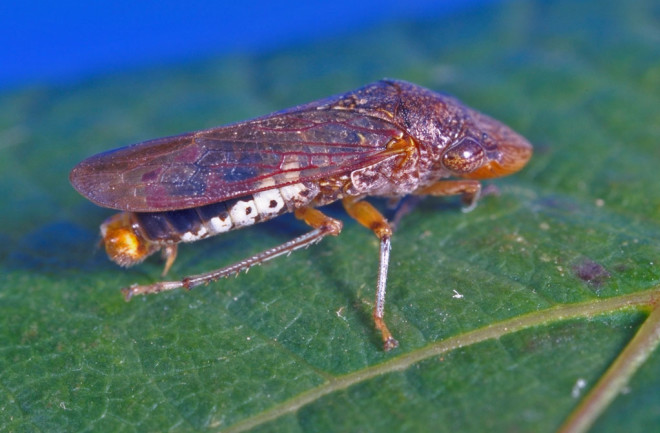 Mark Hoddle knows how to fight biology with biology. As director of the Center for Invasive Species Research at the University of California, Riverside, he has overseen some of the most effective methods ever documented for suppressing invasive pests with their natural enemies. Scientists and government officials sought his help in French Polynesia, where islands were overrun with the glassy-winged sharpshooter, or Homalodisca vitripennis.

First detected in Tahiti, the half-inch-long, mottled brown leafhopper carries a plant disease-causing bacterium, and the insect had spread to other islands in French Polynesia. It was wreaking havoc on native crops and vegetation in addition to swarming people, encrusting streetlights and invading buildings by the hundreds. Because the sharpshooters extract a water-conducting plant tissue called xylem and excrete it at 100 times their body weight, “sharpshooter pee” was raining down from trees, earning the pest the name of “the pissing fly.”

The pest, which is native to the Southeast United States and northeastern Mexico, can wipe out grape, peach and almond crops. Hoddle believed the strategy that worked in smaller focused areas in California, where the glassy-winged sharpshooter first invaded in the late 1980s, would be successful more than a decade later in French Polynesia.

When my research team and I arrived at the northern end of Tahiti in May 2005, we were greeted by media and a crowd of onlookers that included elected officials, scientists and people who just wanted to be rid of the “pissing fly” that swarmed the island like a biblical plague. We had chosen this location to launch our biological control efforts because it was so heavily infested and therefore the perfect spot to monitor the results.

We carried dozens of glass vials containing thousands of parasitic wasps — the sharpshooter’s natural predators, which we had bred, quarantined and observed in the lab over the past year. The microscopic wasps looked like tiny specks of dust, but I was optimistic they could decimate the sharpshooter population. The wasps would drill into the host egg to lay their own eggs, which would hatch and kill the sharpshooter eggs. My research also assured me that the wasp, which is too small to sting humans, would not create an unintentional problem by disrupting the island’s natural ecosystem.

There was a ceremonial aspect to the day, with the minister of agriculture making the first release. He uncorked a vial, tapped the side and freed the first of more than 7,000 wasps. This high number was probably overkill; a few hundred may have sufficed. However, I wanted to be sure we could overcome potential environmental barriers like the mild year-round climate that was so hospitable to the sharpshooter’s survival and reproduction.

[This article originally appeared in print as "How I Took Down Sharpshooters in the Pacific."]