Government Sticks Its Head in the Sand Over Fuel Efficiency Standards 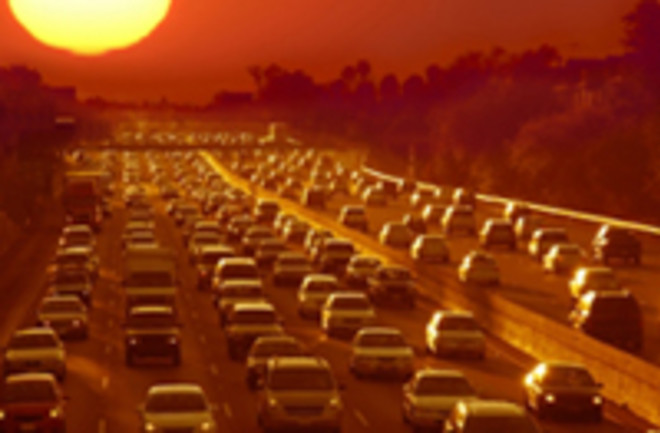 Stover offers an interesting insight into the

reasoning behind the Department of Transportation's

modest (to put it mildly) CAFE standards put forth in

April: They were based on a mistake. Apparently an environmental impact report by the National Highway Traffic Safety Administration (NHTSA), which analyzed the costs and benefits of raising fuel efficiency standards, had relied on a "high-case" gas price estimate of $3.37 per gallon in 2011-2015, with a "low-case" scenario of $2.04 per gallon. Using these clearly erroneous numbers, the government proposed standards that would increase average passenger car and truck efficiency by a mere 4.5 percent per year from 2011 to 2015—meaning a total jump from the current 27.5 mpg to 35.7 mpg in seven years, an increase that won't bring much comfort to anyone emptying their savings to pay today's fuel prices. In a textbook display of bureaucratic fecklessness, the NHTSA has reportedly said it will "reconsider its analysis if the Energy Information Administration raises its estimates"—despite the fact that the numbers at the pump right now have been reading up to $4.62 a gallon and beyond. Lucky for the rest of us, there might be some gas price relief in sight, and perhaps even a major price correction in the months to come. Image: iStock