Globe-Warming Methane Is Gushing From a Russian Ice Shelf 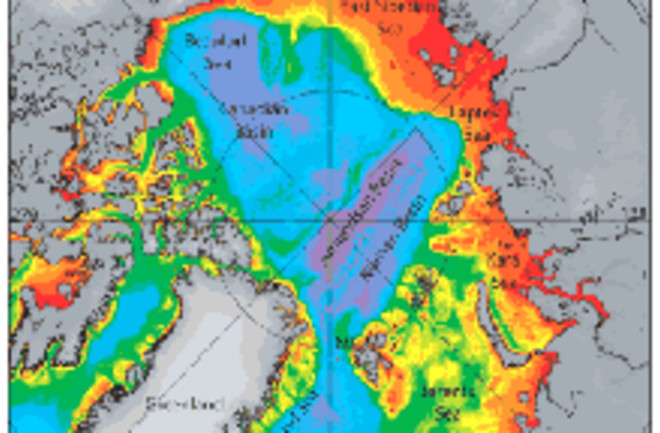 Behind the ongoing back-and-forth fights over climate change that usually focus on carbon, there has lingered the threat of the powerful greenhouse gas methane being released into the atmosphere and causing even worse trouble. In August we reported on a study that noted methane bubbling up from the seafloor near islands north of Norway, giving scientists a scare. This week in Science, another team reports seeing the same thing during thousands of observations of the East Siberian Arctic Shelf on Russia's north coast, which is even more worrisome because it's a huge methane deposit. The shelf, which covers about 800,000 square miles, was exposed during the last ice age.

When the region was above sea level, tundra vegetation pulled carbon dioxide from the air as plants grew. That organic material, much of which didn’t decompose in the frigid Arctic, accumulated in the soil and is the source of modern methane [Science News]

. Now underwater, it's covered by a layer of permafrost. But that permafrost seems to be becoming unstable, thanks to the fact that the water on top of it is warmer than the air it was exposed to back when it was on dry land.

It is possible that climate change could be contributing to the release, with warmer seas causing more methane to come out, creating a feedback loop. But methane has long been leaking, and there's no record of the previous levels with which to verify how much methane emissions are increasing, or whether people are playing a part. While Shakhova says the warmer runoff into the Arctic ocean is probably contributing, the team can't say that for sure. What they can say for sure is that the methane levels there are extremely high. Most undersea methane oxidizes into CO2 as it enters the atmosphere, but Shakhova says the East Siberian Ice Shelf methane is too close to the surface for that to happen.

The study said about 8 million tonnes of methane a year, equivalent to the annual total previously estimated from all of the world's oceans, were seeping from vast stores long trapped under permafrost [Reuters]

Natalia Shakhova says methane levels in the Arctic haven't been this high in 400,000 years. While we're not about to teeter off a cliff—that 8 million tons is a small portion of the global emissions of 440 million tons—we should be concerned, the scientists say. Methane is a far more powerful greenhouse gas than carbon dioxide, absorbing at least 25 times more heat, NOAA says.