Getting Personal: How I Put a Murderer Away With Doppler Radar

Sometimes a smoking gun can be a weather pattern. 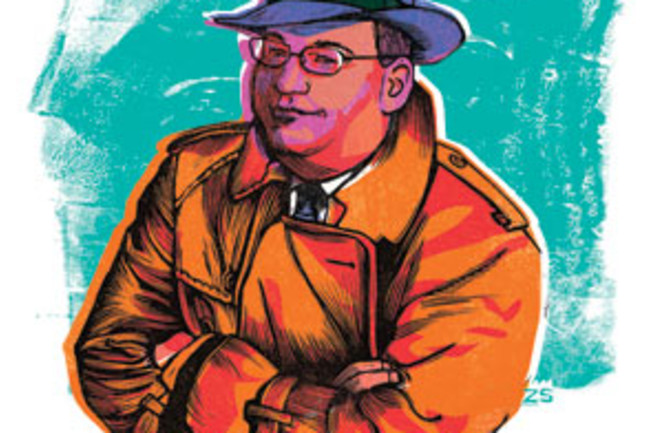 For years, Howard Altschule worked as a meteorologist for television station WNYT in Albany, New York, where each night he told viewers whether the next day would bring precipitation and misery. It was a fun gig for a while, but then Altschule grew bored. So in 2007 he started Forensic Weather Consultants, which offers meteorological snooping to local lawyers, providing expert analysis of weather data and satellite imagery. Now he investigates 175 cases a year: roof damage, slips and falls—even a gruesome double murder. In his own words, here’s how he solved that case last May, helping send Michael Mosley to prison for life.

The police had arrested someone, but then they found Mosley’s blood in the Troy, New York, apartment where the murder occurred. Years and years went by, until one day they came up with a DNA match. So the police question him: “Why was your blood in the apartment?” He answers, “Well, I was snowboarding with my young kid, and I fell on a rock and cut my hand. Then I went to the apartment, found the two dead bodies, and was so nervous that I ran away and left.”

Well, I found it was pouring rain on January 24, 2002, the day of the murder. There was no evidence of any snow on the ground. I used Doppler radar images that are taken every six minutes, and I zoomed in over the specific Troy neighborhood in question. These images showed where rain was falling, when it was falling, and the rainfall intensity. I also used surface observations and climatological data from Albany International Airport and a report from a local volunteer weather observer. You put those pieces together and it’s like, “Huh. This doesn’t add up.” In court I used my laptop and a projector to show the radar images. I stood in front of the jury and went image by image through the times in question.

I was just doing my job, and I am happy that I did it well that day.