Part of Canada's Baffin Island is made of an ancestral rock that is nearly as old as our planet. 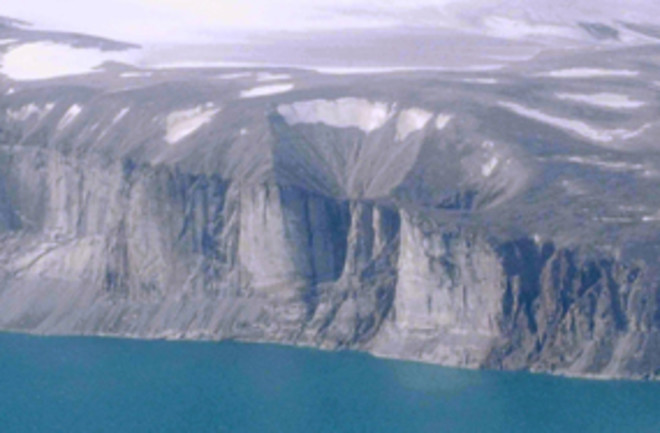 During its violent, molten infancy, earth began to settle into layers: The densest elements sank and formed the core, the lightest migrated upward to form the crust, and all the rest ended up in the mantle, a mishmash that has been churning in our planet’s interior ever since. Scientists have long sought samples of ancient mantle that could hold the secrets of the earth’s early years. In August those efforts paid off when a group of geologists led by Matthew Jackson, now at Boston University, identified a reservoir of primitive mantle material that is 4.5 billion years old—almost as old as the planet itself.

The reservoir, found on Baffin Island in the Canadian Arctic, is part of an igneous rock formation created 60 million years ago when volcanoes unleashed a torrent of fast-flowing, deep-earth lava. Most such lavas have been altered by billions of years of mixing, but in this case, the rocks bore chemical signatures of truly primitive material, almost untouched by time.

Baffin Island sparked interest among geologists 10 years ago, when researchers discovered it had levels of helium isotopes similar to those in meteorites thought to be among the oldest in the solar system. But Baffin’s concentration of another element, neodymium, did not seem to match the primitive meteorites. In 2005, however, researchers revised their predictions for neodymium isotope levels in earth’s ancient mantle and found that the island actually fit perfectly. Jackson’s new tests of lead isotopes there confirm the rocks’ ancient pedigree, which should help researchers better understand the raw materials from which our planet formed.