Forget Putting CO2 Under Rock—Let's Turn It *Into* Rock

New research on carbon sequestration suggests that carbon dioxide could be chemically converted to a solid, providing a safe way to get rid of a lot of greenhouse gas. 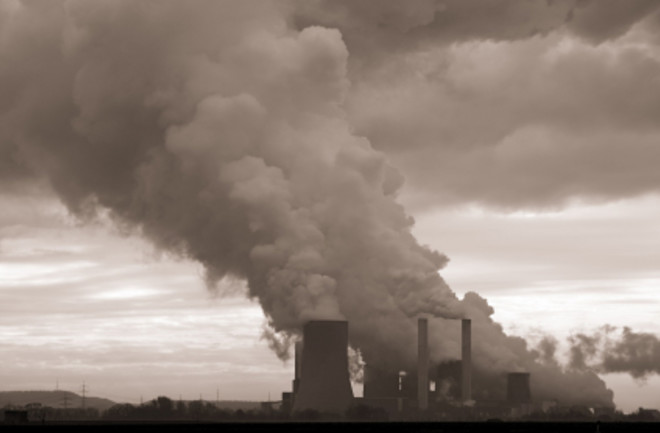 While the Obama administration hashes out plans for cutting future carbon emissions, engineers are quietly working on schemes to deal with carbon by putting it back where it came from: underground. The concept of storing carbon in rock—known as geologic carbon sequestration —has been dogged by concerns about cost, stability, and environmental impact. But recent findings suggest that it could be an effective way to clean up the carbon mess.

Columbia University geochemists Peter Kelemen and Juerg Matter calculated that a single rock formation in Oman could store up to 10 percent of all human-generated carbon emitted in a year. The formation consists of peridotite, a rock containing minerals that react with CO2 to form solid magnesium carbonate. A pipeline or trucks carrying pressurized gas or liquid could transport CO2 from power plants to the sequestration site. Normally, the reaction happens too slowly to be useful, but injecting carbon dioxide into the rock at high pressure would speed things up considerably; the formation of magnesium carbonate could cause the rock to expand and crack, with the increased surface area spurring the reaction to continue. “Right now we’re working on finding that sweet spot where the system is self-sustaining,” Kelemen says.

Similar formations exist all around the world, and peridotite is not the only rock that can trap carbon. A project in Iceland plans to inject carbon dioxide–infused groundwater into volcanic basalt about 1,800 feet underground. Pressure at that depth keeps the gas dissolved and prevents it from leaking into the atmosphere. Eventually, the CO2 bonds with the rock to form solid carbonate. Scientists from Columbia and elsewhere will monitor the project to see if this approach could expand to handle the 28 billion metric tons of carbon dioxide humans emit each year.