As Harvey flooded Houston with relentless rains, the GOES-16 weather satellite watched from above 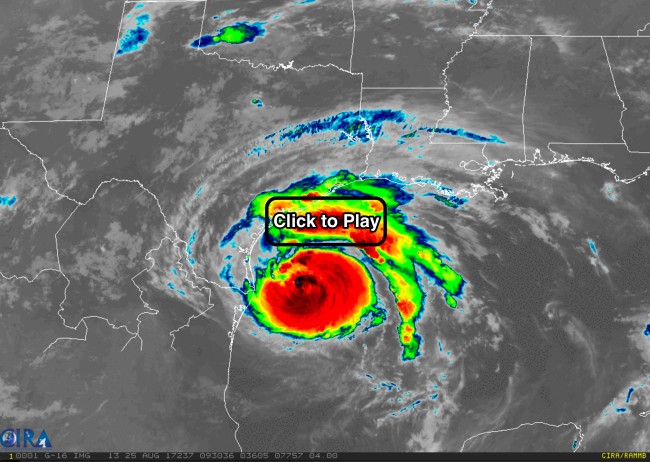 An animation of infrared imagery from the GOES-16 weather satellite shows the evolution of Harvey between Aug. 25 and 28 2017. (Source: RAMMB/CIRA) One of the most destructive storms in U.S. history continues to pummel southeast Texas and the nation's fourth largest city for a fourth day, producing calamitous flooding and plunging a huge region into chaos. Harvey's center slowly drifted offshore into the Gulf of Mexico on Monday, resulting in the buildup of new, intense thunderstorms that are forecast to pummel Houston with yet more rain through Wednesday and possibly beyond. Harvey is expected to remain just offshore of Texas through tonight, and then begin to swirl toward Louisiana. Rainfall totals could top an unimaginable 50 inches in some places, thanks in large measure to the slow, meandering path Harvey has taken after it stormed ashore as a Category 4 hurricane. You can watch the storm's evolution over most of that period in the extraordinary animation from the GOES-16 weather satellite above. It consists of infrared imagery acquired between August 25th and 28th. At the start of the animation, Harvey was still a hurricane, and its well-defined eye is clearly visible. After coming ashore it transitions into a tropical storm. Try to keep your eyes on the center of circulation. Once ashore it stalls, spinning off massive amounts of rainfall, indicated by yellow and red colors. It then begins to move ever-so-slowly back out toward the Gulf. Note: GOES-16 is still in its shakedown period, so the animation is based on preliminary, non-operational data. The satellite is expected to be officially operational in September.

Why Haven’t We Found Alien Life? Blame Our Closed Minds