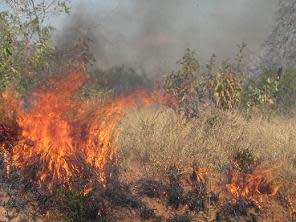 We spend a lot of time here discussing wind and water, but I'd like to turn your attention to another force of nature.. FIRE! When I was in South Africa earlier this month, it struck me that carbon sequestration initiatives may actually be creating some unexpected arguably perverse externalities that are potentially troublesome. Maybe. I admit I'm no expert, but hear me out.. In many parts of the world, fires are set regularly to simulate the natural burning process and enhance productivity of an area in a similar way that pruning a tree does. New growth is quick and efficient because energy and nutrients are invested in small healthy shoots. Now I bet some are wondering, 'if this is such a natural and critical process, what happened before humans started going about setting fires all over the place?' Fair question and yes, plants and animals were doing okay on their own. But keep in mind, this was well before we encroached on habitat and resources in many additional compounding ways. 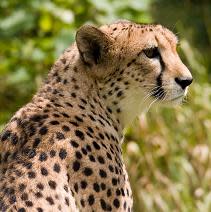 It may sound counter-intuitive, but fire is also essential for the survival of many animals living in Africa's savannas that need open areas to hunt like everyone's favorite car commercial star, the cheetah. It suppresses the growth of trees which would lead to uninhabitable thicket where cuddly big cats can't chase impala and Subarus. That's a problem. Finally, it also gets rid of dead biomass. Frequent planned fires are low in intensity sweep through areas without much damage to living plants. Sans regular burning, too much dead biomass collects so lightening ignites fires of higher intensity which kill living plants and animals. Enter carbon sequestration initiatives that encourage more forest in order to store the CO2 that's warming our planet. For the most part, they're a great idea. And yet.. all of a sudden, biomass present has monetary value. Thus, now some wildlife managers have become reluctant to burn their savanna properties because they literally feel their money goes up in flames. So tell me, is this cause for concern or a pesky externality of little consequence?