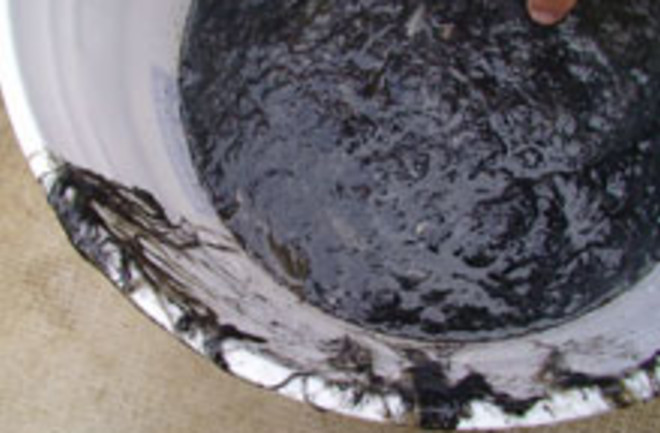 There's a mysterious black goo floating off the Alaskan coast, and no one is quite sure what it is. A helicopter flying over the area spotted a strand of the dark stuff, which is easily visible on the bright white ice floating in the Arctic Ocean, and followed it for 15 miles. Juneau Empire reports:

"[The goo is] certainly biological," [Terry] Hasenauer [of the Coast Guard] said. "It's definitely not an oil product of any kind. It has no characteristics of an oil, or a hazardous substance, for that matter.... It's definitely, by the smell and the makeup of it, some sort of naturally occurring organic or otherwise marine organism." "It's pitch black when it hits ice and it kind of discolors the ice and hangs off of it," [an official with the North Slope Borough's Planning and Community Services Department] said. He saw some jellyfish tangled up in the stuff, and someone turned in what was left of a dead goose - just bones and feathers - to the borough's wildlife department."