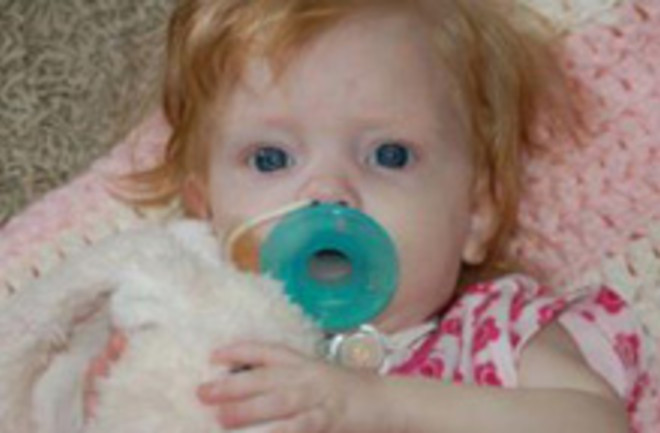 Maggie Agnew has doctors stumped: She is shrinking, and rapidly becoming even more of a medical mystery than the baby that refused to grow. Maggie is ten months old and weighs ten pounds, six ounces—a full seven pounds less than the expected weight for her age. Despite being on a feeding tube that gives her plenty of calories, she is literally growing smaller, and doctors have no idea why. The girl was born with three holes in her heart, two of which have since healed. She was also born with an undersized airway, preventing her from breathing properly. And despite her continual loss of muscle mass, she has now outgrown her spinal cord's capability. She may undergo surgery in June that could potentially remove part of her skull. But despite this list of health problems, doctors cannot explain how or why she is shrinking, and don't know where the calories are disappearing to. Her Utah parents hope to move Maggie to a Boston hospital this month, but in the meantime, she is on a ventilator and cannot walk or crawl. Meanwhile, her neighbors are throwing yard and bake sales to raise money for her treatment—let's hope they've made an awful lot of brownies. Related Content: Discoblog: Doctors Baffled by U.K. Baby That Refuses to Grow Discoblog: Turning a Man—To their own horror and that of their parents, some babies born with male genes end up with female parts.Image: Agnew family