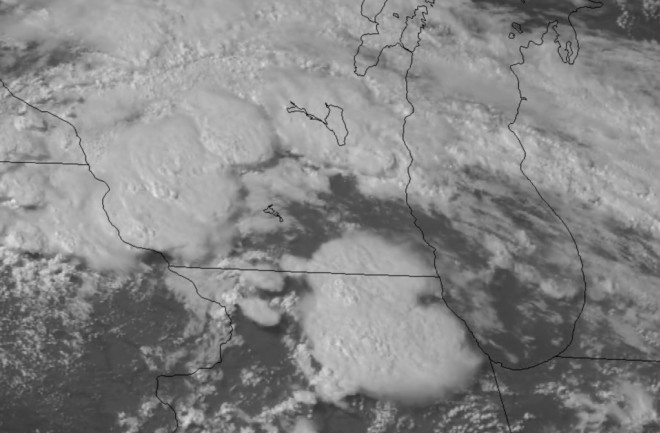 The evolution of large thunderstorms over the Upper Midwest on Wednesday can be seen in this GOES-14 weather satellite animation. Click on the image to see the animation. (Source: CIMSS Satellite Blog) Operating in a special mode, the GOES-14 weather satellite captured a stunning animation of the birth and growth of massive thunderstorms over the Upper Midwest yesterday. Click on the image above to watch it. The thunderstorms spawned tornadoes, large hail, tree-toppling winds, and widespread power outages. But so far the storm system has failed to produce a derecho — a widespread, highly damaging cluster of thunderstorms arrayed in a line. Forecasters had warned that formation of a derecho was possible. After their birth over parts of Minnesota, Iowa, Wisconsin, and Illinois, the huge thunderstorms moved east. They've now barreled into the mid-Atlantic. To record the birth and evolution of the storms in detail, the GOES-14 satellite was put into a special mode in which it captured images at a rate of one per minute, as opposed to the normal 15 per minute. For more details, check out this blog post from the folks at the Cooperative Institute for Meteorological Satellite Studies., source of the animation. And for a spectacular, higher resolution Quicktime version of the movie, click here. (Warning: This is a big file!)