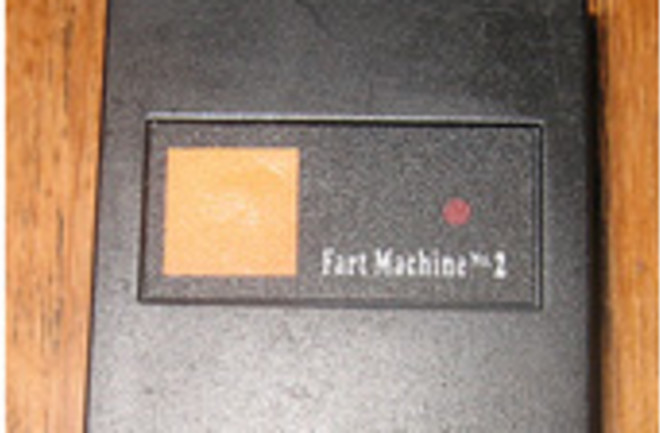 While it may sound like every six-year-old boy's dream, a new electric fart machine could actually improve fuel cell technology. The machine takes single-celled microoranisms called archea and gives them little electric jolts, which trigger the organisms to turn carbon dioxide from the air into methane and release it as, um, micro-farts. The methane can then be used to power fuel cells or store the electrical energy chemically until it's needed. Shockingly, the farting machine won't solve global warming, since methane is a far more potent greenhouse gas than carbon dioxide. What it might do, though, is improve the efficiency of storing alternative energies such as solar and wind. (No mention of whether increasing the efficiency increases the smell as well.) Related Content: Discoblog: Technology Is a Gas: “Pull My Finger” Takes iFart to Court Discoblog: Could Poop Fuel Our Future? New Sewage-Powered Buses Hint at Yes Discoblog: Not Subtle, But It Works: Peepoo Bag Converts Human Waste Into Fertilizer