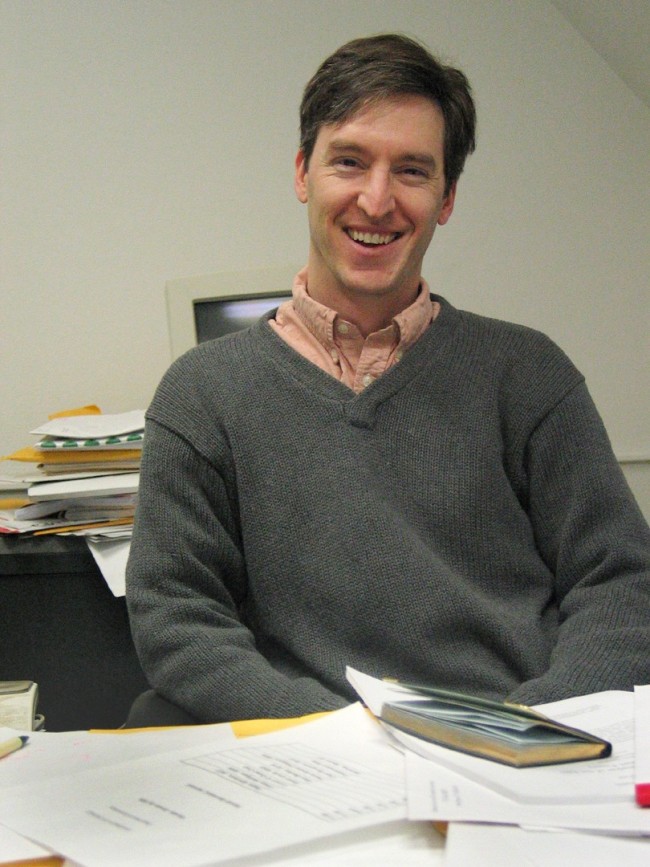 Althought I haven't read it, I've heard great things about the book Freakonomics, co-authored by (and about the work of) University of Chicago economist Steven Levitt. Levitt is supposed to be a true original thinker, and has really shaken up the somewhat traditionalist field of economics. And now, Levitt has moved his popular blog--co written with Freakonomics co-author Stephen J. Dubner--to The New York Times online. This week he started off the new show with (among other things) a post on hurricanes and global warming. Alas, Levitt seems unaware of the history of this debate, and so pretty much makes a hash of things. Let us detail the errors of interpretation:

1. Levitt links the 2006 World Meteorological Organization statement on hurricanes and global warming--signaling a lack of consensus as to precisely what's happening right now--and opines, "It is interesting...that you can get a bunch of scientists to basically agree that they don't even know whether global warming will cause hurricanes to increase or decrease. The conclusion is especially surprising because no one ever wants to look like they don't know the answers, and because scientists who work on hurricanes have strong incentives to convince everyone else of the important of their research." On the contrary, scientists are very cautious by nature, and when you pull together a group of scientists who disagree, this is precisely the kind of statement you get. Moreover, explain to me again how a statement saying scientists don't know everything is going to detract from the importance of research? Levitt also mischaracterizes the statement itself when he says scientists "don't even know whether global warming will cause hurricanes to increase or decrease." What the statement actually says is: 1) we don't know if hurricanes have yet measurably intensified on average; 2) we don't know how storm numbers, tracks, or areas of impact will change due to climate change; 3) but there are reasons to expect storms to intensify on average and rain more; 4) and sea level rise should worsen storm impacts. 2) Levitt then turns to the latest Holland and Webster study (PDF), extensively discussed on this blog here and here. Levitt says it "flies in the face of the scientific consensus," aka the WMO statement. Levitt doesn't appear aware that Holland was one of the chief people involved in overseeing the drafting of the WMO statement! (See this PDF for his name listing). That statement represents a temporary assessment of where the science stood at a given time--or at least, what could be agreed upon. But some of the scientists involved in drafting it, such Holland, thought even then that global warming was having a much more pronounced effect. Skeptics remain, however, and they too were brought into the WMO process, which is why the statement is pretty conservative and properly and responsibly highlights all the remaining uncertainties. 3) Levitt writes of the new study, "I don't think Holland and Webster have convinced many climatologists; in the four or five articles I read, there wasn't a single endorsement from another scientist." Actually, MIT's Kerry Emanuel (among others) would appear to broadly agree with the Holland/Webster findings and in fact was quoted by the AP commenting favorably thereon. Emanuel was also, like Holland, involved in overseeing the drafting of the WMO statement. 4) Levitt writes, "Two months into what was supposed to be a very active season, with 7-10 hurricanes predicted, so far not a single hurricane has appeared. By this time in 2005, there had already been three hurricanes." Well, 2005 shattered a huge number of records and nobody expected a repeat of that year this time around. Levitt seems unaware that 2005 notwithstanding, June and July are not typically very active hurricane months in the Atlantic. It really doesn't make a lot of sense to debunk this year's predictions outright when we haven't seen the peak of the hurricane season yet (although it may make some sense to downscale them somewhat). The forecasts may well be wrong--I don't invest a huge ton of faith in them, honestly--but last I checked, all the forecasters are still expecting a fair number of storms, even in updated forecasts released earlier this month. 5) Levitt also denigrates the concept of scientific consensus, which is a pretty unsophisticated thing to do.

All and all, I'm not very impressed. As Matt Nisbet might say, Levitt has shown himself to be a "cognitive miser" on the subject of hurricanes and global warming. Which is totally fine...except that he blogged about it.