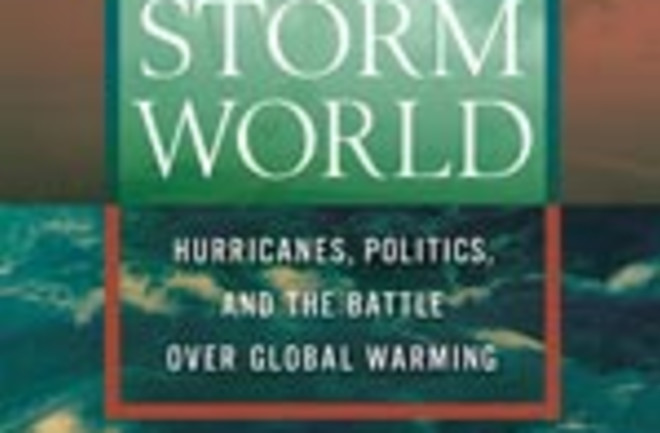 More than 28 tropical storms and hurricanes, including Katrina, were spawned in the Atlantic Ocean in 2005. In fact, the season was so extreme that it instigated an ongoing debate: Has climate change made hurricanes fiercer and more frequent? As Chris Mooney relates in Storm World: Hurricanes, Politics, and the Battle over Global Warming (Harcourt, 2007), proponents of both sides of the dispute have had a field day with this question. Yet the danger of extrapolating from a single catastrophic season became clear in 2006, an unusually quiet year for Atlantic hurricanes. Just 10 storms brewed, only two of which became major hurricanes. So what does this mixed record say about global warming?

What it tells us, says Mooney, is that the link between climate change and hurricanes is complicated. As he emphasizes again and again, “global warming did not cause Hurricane Katrina, or any other weather disaster.” On the other hand, statistical analysis of the past century’s hurricanes and computer modeling of a warmer climate, nudged along by greenhouse gases, does indicate that rising ocean temperatures could fuel hurricanes that are more intense. Mooney valiantly attempts to explain why—so valiantly, and at times so laboriously, that one begins to understand why so much controversy surrounds the science of climate change. It takes an astute mind to explain it, and one equally adept to comprehend it.

The basic scenario goes as follows: Hurricanes—circular storms spinning around a region of low atmospheric pressure—are powered by energy released by spiraling surface winds that draw heat from the ocean. Warmer seas should provide more energy and make hurricanes stronger. In August 2005, just weeks before Katrina submerged New Orleans, MIT hurricane theorist Kerry Emanuel published a landmark paper in the journal Nature proving that this was indeed happening. In his article, he wrote that both the intensity and destructiveness of hurricanes had escalated markedly since the 1970s. Worldwide, the energy released by the average hurricane appears to have increased by about 70 percent within the past 30 years. This increase correlates very closely with rises in sea surface temperatures. Furthermore, tropical oceans have warmed about one degree Fahrenheit in the past 50 years, a rise that most climate scientists believe is chiefly the result of human-induced global warming. On the other hand, as Emanuel emphasizes, there is no evidence that the global frequency of hurricanes is rising.

Mooney spends many pages interpreting this science, but he evidently realizes that lengthy screeds on climate modeling or the flash of revelation that led one mathematician to solve the “confluent hypergeometric equation,” do not always make the most compelling reading. So he sexes up his narrative by presenting it as a battle between the “short, professorial looking” Emanuel, a “nuanced and sophisticated” man who talks in complete sentences, and the obdurate William Gray of Colorado State University, “a towering figure of American hurricane science,” who has for many years produced remarkably accurate forecasts of the upcoming Atlantic hurricane season and who repeatedly and loudly denies—in congressional hearings and everywhere else—that humans have any role in climate change. Seeing himself as a strict empiricist whose hurricane predictions are based on decades of “crunching huge piles of data,” Gray is convinced that the atmosphere is too complicated to be captured in computer simulations, at one point fulminating that “any experienced meteorologist that believes in a climate model of any type should have their head examined.” He believes that changes in ocean circulation have warmed the Atlantic and increased hurricane activity in the past decade and that this is simply the result of normal oscillation in natural climate cycles.

In the end, Mooney concludes, the evidence lands on the side of those who believe that hurricanes are changing along with global warming. We don’t know exactly how they are changing, though, and that is the unnerving part, because humans are adapted to the world just the way it is. Change may be inevitable for the planet, but for people it could be devastating.