Do the Election Results Halt All Action on Climate Change? 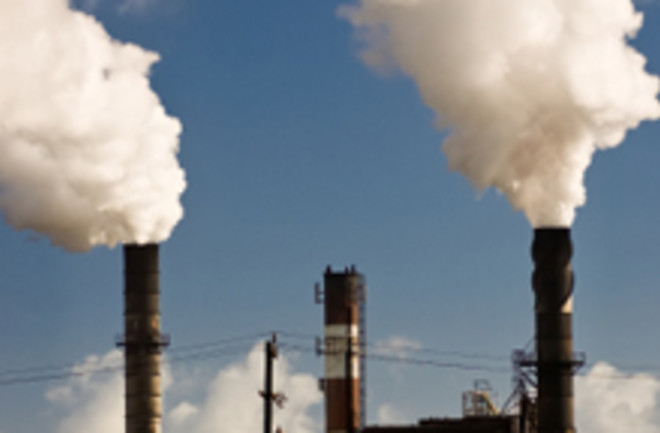 When we last left Washington's attempt at climate and energy legislation this summer, the House of Representatives had narrowly passed its bill, but the Senate's crashed and burned. With the dust settling from from Tuesday's midterm elections and Republicans preparing to assume majority in the House, what's next? Congressional gridlock Yesterday President Obama conceded that legislation to limit greenhouse gas emissions is not going to happen under the incoming Congress.

"Cap-and-trade was just one way of skinning the cat; it was not the only way," Obama said at a news conference Wednesday, a day after Democrats lost control of the House. "I'm going to be looking for other means to address this problem." [AP]

Cap-and-trade had been part of of the bill that the outgoing House passed this summer. But, AP reports, 30 representatives who supported the bill were among the dozens voted out of office on Tuesday. EPA Obama didn't clarify what he meant by "other means to address this problem," but one option that's been on the table—and subject to controversy—is using the Environmental Protection Agency to regulate greenhouse gases. The Supreme Court case Massachusetts v. EPA upheld the agency's authority in this arena back in 2007. However, using the EPA is less than ideal for a number of reasons: Its leadership changes from administration to administration, making climate rules potentially temporary and likely to change when a new party gains control of the White House. And it bypasses Congress, which doesn't make Congress happy.

Democratic Senator John Rockefeller may push for a vote this month that would suspend EPA regulations for two years. That would come before the new Republicans are sworn in, and Obama would surely veto the measure if it succeeds. But it could become the first in a series of challenges to EPA rules. [Scientific American]

Many climate scientists, still reeling from a year of

accusations and attacks, are already girding for battle, with some publicly decrying the prospect of congressional hearings on climate science under the impending shift to Republican control of the House. [The New York Times]

However, scientists real concern may turn out to be funding, not being trotted down to Washington for a made-for-TV grilling by Congress. That would be true even if cuts to science funding are not focused on climate.

This election almost guarantees an end to the brief stimulus-driven period of increased investment in advancing energy technologies that could supplant finite fossil fuels. [The New York Times]

California stays the course Not all climate and energy proposals hit the skids with Tuesday's results. In California, voters shot down Proposition 23, what the Los Angeles Times called

"the oil industry sponsored initiative" to put the brakes on that state's aggressive policies to cut greenhouse emissions.

Voters rejected the ballot measure, which means the ambitious climate rule stays. It appears the deep pockets of the oil companies that wanted to overturn California's rule were no match for the deep pockets of Silicon Valley and other tech entrepreneurs who see green tech as a huge investment opportunity.

The independent Texas-based refiners, Valero Energy Corp. and Tesoro Corp., which launched the initiative along with the California Manufacturers and Technology Assn. and the Howard Jarvis Taxpayers Assn, were outspent 3 to 1 as $31 million poured in from venture capitalists John Doerr and Vinod Khosla, Intel's Gordon Moore, Microsoft's Bill Gates and Google's Sergey Brin, along with other wealthy California philanthropists and national conservation groups. [Los Angeles Times]

80beats: Climate Bill Passes in the House, Moves on to Senate