Did a "Nickel Famine" Allow Life As We Know It to Take Over? 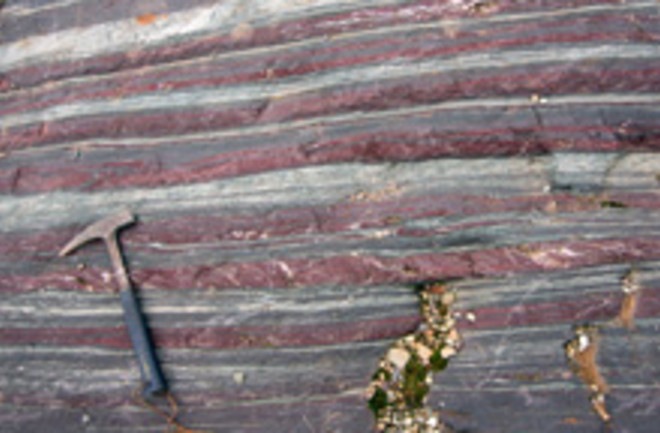 About 2.7 billion years ago, the primordial seas already hosted the first photosynthetic microbes, the blue-green algae that took in carbon dioxide and released oxygen into the air. But they were outnumbered by

methane-producing bacteria called methanogens [that] thrived in nickel-rich seas. The high amounts of methane that this early life pumped into the environment prevented oxygen accumulation in the atmosphere because the methane reacted with any oxygen, creating carbon dioxide and water [Science News]

, according to one theory. Now, a group of researchers say they've found the trigger that allowed oxygen to build up, and therefore allowed for a profusion of oxygen-breathing life. The secret was the concentrations of the metal nickel, according to the new study, published in Nature. The scientists found that by analysing a type of sedimentary rock known as banded-iron formations they could monitor levels of nickel in the oceans of the early Earth dating as far back as 3.8 billion years ago. They found there was a marked fall in nickel between 2.7 billion and 2.5 billion years ago

That stretch of time correlates with what researchers call the Great Oxidation Event, when oxygen began to take hold in the atmosphere.

The scientists suggest that cooling of the Earth's mantle decreased eruptions of nickel-rich volcanic rock, which meant that less nickel was being weathered from the rocks and dissolved in the oceans [National Geographic News].

This "nickel famine" would have seriously interfered with the methanogens, which use nickel-based enzymes for many important metabolic reactions. Thus, a geological shift may have permitted the photosynthesizing algae to gain the upper hand, pumping out oxygen faster than it could be broken down.

"The Great Oxidation Event is what irreversibly changed surface environments on Earth and ultimately made advanced life possible. It was a major turning point in the evolution of life on our planet, and we are getting closer to understanding how it occurred" [The Independent]