In the middle of the North Sea, the country plans to erect a power plant that will distribute wind energy far and wide across Europe. 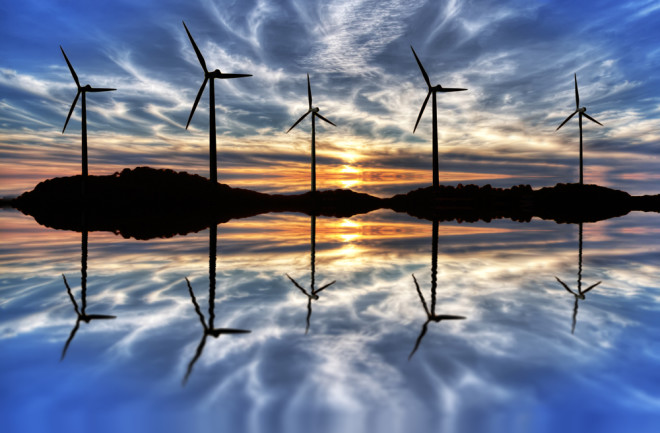 Thirty years since it pioneered offshore wind farming, Denmark is set to expand the repertoire of renewables again, this time with the world’s first “energy island.” By 2030, an artificial landmass far off the country’s western coast will channel green electricity from a vast network of wind turbines and transmit it to the mainland — enough to power 3 million homes at first, and later 10 million.

As the window for preventing catastrophic climate change shrinks, large-scale projects of this kind are key to halting the rise of global temperatures. With an eventual capacity of 10 gigawatts, the site will produce one and a half times the Danish population’s energy needs, leaving plenty for export to neighboring countries. “This is truly a great moment for Denmark and for the global green transition,” Energy Minister Dan Jørgensen said in a press release. “The island will make a big contribution to the realization of the enormous potential for European offshore wind.”

The project is only the latest step in Denmark’s push for sustainability. Last year the nation pledged to reduce greenhouse gas emissions by 70 percent from 1990 levels and to achieve carbon neutrality by 2050. In late 2020 it also ended oil and gas exploration in its North Sea territory. But with a $34-billion price tag — the largest construction effort in Denmark’s history — the island marks a major commitment to climate action.

Inviting as it sounds, don’t come looking for timeshares, sunny sands and scuba diving. It’s essentially just a hub, a centralized power plant, surrounded by hundreds of windmills. The power they generate will flow to the island and then on to the mainland, in a configuration that will make it more efficient to distribute energy across a wide region. And turbines that far offshore can stand much taller — 850 feet, or nearly three times the height of the Statue of Liberty.

The island will come into being some 50 miles out to sea from the Jutland Peninsula, but its precise location is yet to be determined. In November, Energinet — the Danish company that will construct and operate the electrical transmission system connecting the island to adjacent countries — began assessing a swath of the North Sea known as Dogger Bank, a vast sandbank that offers the combined advantage of shallow water depths and optimal wind conditions. The government expects to select a specific site by spring, and construction is slated for 2026, leaving time to study the project’s impact on the seabed and marine life.

The design is still uncertain, too. It could take one of several forms: a caisson, or massive concrete box filled with rocks; a floating platform tethered in place; or a pile of sand. Details aside, it will span 1.3 million square feet, equivalent to 18 football fields. At such a scale, the island will be able to transport an abundance of electricity, and it may house facilities for storing the excess. Some spare electricity could even be used to convert seawater into hydrogen via electrolysis, creating a renewable fuel source for airplanes, ships and heavy industry.

The North Sea Island is actually just one piece of the equation. Off Denmark’s other coast, in the Baltic Sea, a natural island called Bornholm will serve as a second hub, with a capacity of 2 gigawatts. Similar to its artificial counterpart, it will produce wind energy for both the Danish people and countries abroad — in November, Energinet signed cooperation agreements with transmission operators in Belgium and Germany. Both are likely to draw energy from the islands, bringing the heralded European super grid closer to reality.

The innovators behind the energy islands hope their project is only the beginning. As offshore wind technology matures, it could tap into tremendous unrealized potential. Dogger Bank alone has been estimated to harbor as much as 110 gigawatts of wind energy capacity — more than 10 times Denmark’s proposed generation for the area. And if this experiment succeeds, the model it tests in the North and Baltic seas could soon be imitated by coastal nations around the world, wherever the wind blows.