Declining Bees and Toxic Insecticides: Sources for A Complex Story 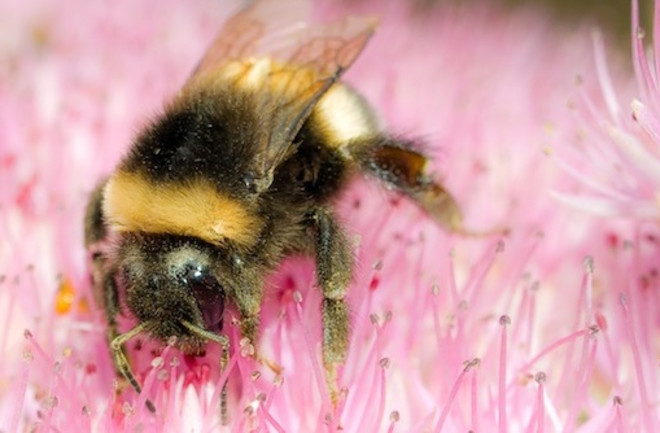 Earlier this week, my editor at the New York Times asked if I'd write a story about a pair of new papers in Science detailing experiments on how insecticides affect bees. Bees have been in decline in many places, and scientists have been trying to figure out the cause--or causes--of their fall. These two new experiments represent a new wave of more realistic tests, taking place on farms instead of in labs. They're also important because they were designed to look at what happens when bees are exposed to more realistic, sublethal doses.  My story appears in today's issue.

I found this story to be especially challenging to sum up in a single nut graph. To begin with, these experiments came after many years of previous experiments and surveys, which often provide conflicting pictures of what's going on with insecticides and bees. The experiments themselves were not--could not--be perfect replicas of reality, and so I needed to talk to other scientists about how narrow that margin was. As they should, the scientists probed deep, pointing out flaws and ambiguity--in many cases even as they praised the research. At the same time, these two papers did not appear in a vacuum. Other scientists have recently published studies (or have papers in review at other journals) that offer clues of their own to other factors that may be at work. And, biology being the godawful mess that it is, it seems that these factors work together, rather than in isolation.

There's a lot at stake with all this complexity. The insecticides in question--a class called neonicotinoids--earn well over a billion dollars a year for their manufacturers. These insecticides are everywhere. Virtually all corn in the U.S. is treated with them, for example. Meanwhile, just this month (before the latest studies came out), environmental groups stepped up their calls to get these insecticides off the market.

You can see for yourself how I tried to sketch out all this complexity in my piece. And if you want more information, here's a list of key papers and other documents:

The two new papers, on honeybees and bumblebees.

A recent paper finding that insecticides and fungi don't kill a lot of bees separately, but are deadly in combination

A recent paper very similar to the new honeybee paper (tracking the insects with radio tags) that did *not* find the same kind of ominous changes.

An emergency petition from beekeepers and environmental groups to the EPA earlier this month calling for suspension of neonicotinoid insecticides. pdf

Pesticide Risk Assessment for Pollinators: an executive summary of a 2011 meeting organized by  the Society of Toxicology and Environmental Chemistry, which will become a book later this year. pdf

[Photo by wwarby - via Flickr/courtesy of Creative Commons]