Infrared and visible satellite images of Cyclone Chapala alternate in this animation. The images were acquired by the Suomi NPP satellite on Friday, Oct. 30, 2015 as the storm swirled off the coast of the Arabian Peninsula. (Source: NOAA/NASA/RAMMB/CIRA. Note: The source of these images misspelled the name of the storm in the label.) Here comes another one, this time in the Arabian Sea. Last week we had Hurricane Patricia in the Pacific, with surface winds that topped out at 200 miles per hour — the highest reliably-measured surface winds for any tropical cyclone on record. Now we've got Cyclone Chapala swirling over record-warm waters and aiming for the Arabian Peninsula. It is already the second strongest cyclone ever measured in the Arabian Sea (behind Category 5 Cylcone Gonu in 2007). Keep reading for a brief discussion of research tying long-term warming of surface waters in the Indian Ocean overall to human emissions of greenhouse gases. But first, some details about Chapala. The storm should make landfall in Yemen on Monday afternoon local time. If it comes ashore with hurricane force, as the forecast suggests is possible, it will be only the third storm on record to do so.

Chapala is forecast to dump more than 20 inches of rain in some parts of the coastal mountains of the Arabian Peninsula. This would be well more than a year's worth. (For Chapala's forecast track as of Friday morning from the Joint Typhoon Warning Center, click on the thumbnail at right.) Depending on where the heaviest rain falls, it could even top 20 times the normal annual amount. (For more details about Chapala's potential rainfall, see this post at Weather Underground.) Luckily, the coastal region where Chapala is expected to sweep ashore is sparsely populated. Even so, war and drought have brought great misery to the people of Yemen. Let's hope Chapala doesn't make things much worse.

Cyclone Chapala takes aim on the Arabian Peninsula, where it is expected to make landfall on Monday afternoon (Nov 2), local time. (Copyright 2015 © EUMETSAT) Cyclone Chapala strengthened very rapidly — from 65 mph on Thursday to 155 mph today, before weakening slightly to the current 150 mph. Record warm sea surface temperatures for this time of year helped fuel the storm's swift strengthening. (Click here for a map showing sea surface temperature anomalies for September; look between India and the Arabian Peninsula.) In the Indian Ocean overall (of which the Arabian Sea is part), sea surface temperatures are also running warmer than average. This reflects the influence of a phenomenon called the Indian Ocean Dipole.

Sea surface temperature anomalies in the Indian Ocean. When the Indian Ocean Dipole is in a positive mode, as it is now, cooler than normal water prevails in the eastern part of the basin, whereas further west, seas are warmer than normal. In the map above of sea surface temperature anomalies, you can see that pattern. The small blue patch off Sumatra in the eastern Indian Ocean shows that waters are unusually cool there. Everything else in the ocean basin is warm — with the waters in the Arabian Sea between India and the Arabian Peninsula showing up as particularly toasty.

Source: NASA GISS The Indian Ocean has warmed by up to 2 degrees C since 1900, as the map at left from NASA shows. (Click to enlarge it.) A peer-reviewed study published last year showed that the warming trend through 2005 was mainly caused by the effects of greenhouse gases we've added to the atmosphere. Moreover, the pattern of warming looks similar to the positive phase of the Indian Ocean Dipole. 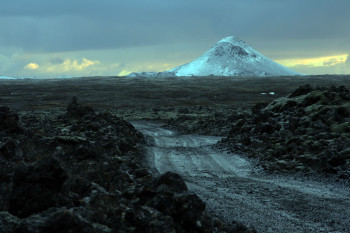