Crocs Chow Down on Invasive Toads, Instantly Regret It 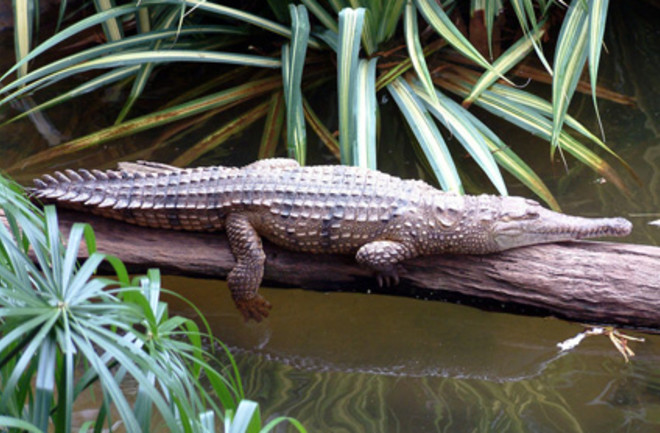 Another week, another story right out of "There Was an Old Lady Who Swallowed a Fly." First, U.S. Forest Service scientists in Hawaii, beset by the invasive strawberry guava tree that has taken over native Hawaiian ecosystems, proposed introducing a Brazilian insect that harms guava and slows its growth. The Forest Service representatives claimed that the Brazilian scales, as they're called, will attack only guava and spare the native species. But they might want to take a word of caution from Australian scientists, who are now seeing scores of crocodiles die as a result of similar tactics. The croc-killing culprits are cane toads. Australia had no native toads, but in 1935 they imported these amphibians to battle beetles that were damaging the sugar cane crops. The invasive amphibians quickly spread out of control, however, multiplying like rabbits across the Australian continent. In the last few years, they have entered the habitats of Australia's rare freshwater crocodiles, which saw the toads as something good to eat. Unfortunately, the toads' poisonous skin spells death for any unlucky croc that consumes them. Today The Guardian reported that once the toads moved into their territory, freshwater crocs dropped in numbers from more than 600 in 2006 to less than 400 last year. British researcher Adam Britton says captive breeding might be the only way to save them, but he hasn't found the money for it. The crocodiles' plight should serve as a warning against importing one species to kill another. Invasive species can spread like wildfire, so bringing them in as mercenaries seems like a dubious plan loaded with possible unintended consequences. Cane toads don't know that they're wrecking the Australian ecosystem—they're just trying to survive and multiply, and doing a heck of a job of it. Image: Guillaume Blanchard