All of these storms whirling around causing trouble and now the most dramatic link I've seen yet demonstrating how that pesky troublemaker climate change is likely harming endangered sea turtles. And as it happens, this hits directly at the Intersection of Chris' world and my own. According to an article in Current Biology, tropical cyclones may increasingly drive sea turtle egg mortality. The logic is quite simple: If (1) global warming leads increased storminess* and sea level rise, (2) given these factors decimate sea turtle populations, then (3) it's not rocket science to figure out that global warming results in sea turtle decline. Veritas. It's published! Crikey! 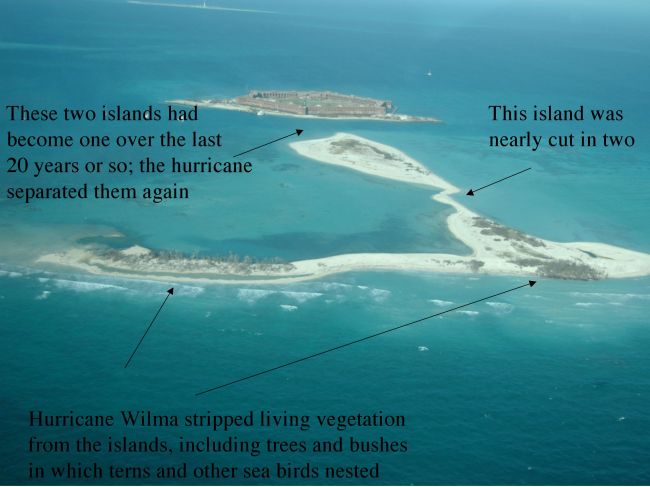 Now I expect somewhere along the way, most of us have watched footage of sea turtles nesting on sandy beaches, so you can visualize why changes in sea-level and wave action are very relevant to this species. Kyle Van Houtan and and Oron Bass (with help from Indy Pimm) noticed that as storms erode beaches they concurrently seem to inundate buried nests. Bad news for eggs and in turn, populations of endangered sea turtles. And who doesn't love sea turtles? Onto the research:

Taken together, our results suggest that tropical cyclones are a significant factor in the observed turtle hatching declines. This raises concern given the link between warming sea surfaces and tropical cyclones. Theory alone predicts global warming may amplify the potential power of tropical cyclones. Recent historical models confirm this link and suggest that warming seas likely increase the frequency, duration and destructive power of tropical cyclones; particularly in the Atlantic Ocean. The potential prospects of earlier, more numerous, and more powerful storms pose an additional and significant threat to loggerhead and green sea turtles nesting in southwest Florida, and perhaps beyond. This may be especially true for turtle rookeries like those at DTNP [Dry Tortugas National Park] where nesting beaches are exposed to high surf and storm surges that accompany strong storms.

And this is significant because it's an example of the potentially devastating impacts of climate change to an already endangered species. [* Now I anticipate some will be commenting here to argue over the link between storms and climate change. While I encourage discussion, please remember the take home message of this post is that biodiversity on this planet, already in trouble, is now under even more pressure due to rising sea level, warming oceans, and factors like increased storm surges. One of many red flags in these unprecedented times.]