Researchers have recently started to pay more attention to how water vapor in the atmosphere is related to global warming. 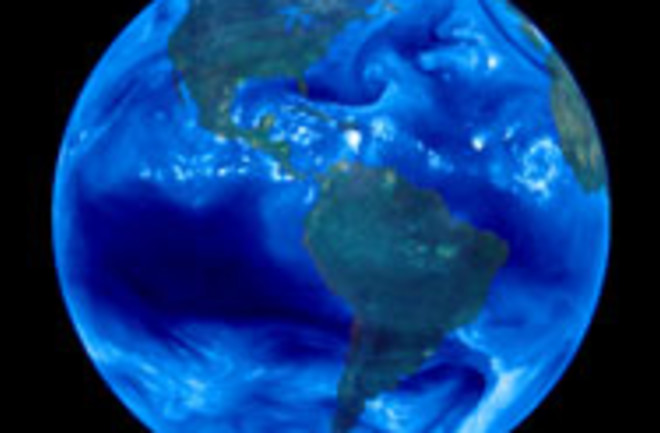 One of the most important gases affecting the global climate is both incredibly familiar and persistently mysterious—water vapor. Researchers know that atmospheric water traps heat and insulates the earth, but even after years of intensive study, the magnitude of the effect has remained obscure. By analyzing global water vapor and temperature satellite data for the lower atmosphere, Texas A&M University atmospheric scientist Andrew Dessler and his colleagues found that warming driven by carbon dioxide and other gases allowed the air to hold more moisture, increasing the amount of water vapor in the atmosphere. That increase has heated things up even more, creating a positive feedback loop. Dessler’s results suggest that vapor’s influence could double the effects of other greenhouse gases globally over time scales of about a week. (The study did not address clouds, which probably have their own feedback effect. Dessler plans to tackle that in future research.)

Then the story gets even more confusing. Atmospheric scientist Susan Solomon of the National Oceanic and Atmospheric Administration has set her sights higher, on the stratosphere, examining a thin layer between 10 and 12 miles overhead. Using 30 years of satellite and water balloon data, she and her colleagues have found that water vapor there has actually declined by about 10 percent after the year 2000, slowing warming by as much as 25 percent. The findings might help explain why temperatures over the last decade have not skyrocketed as sharply as they did in the 1990s.

The two research teams point out that because they focused on different vertical layers of the atmosphere, there is no contradiction between their results. Both researchers agree that over the long term the positive feedback in the lower atmosphere, which will exacerbate the impact of rising carbon dioxide levels, is probably stronger. And the brake effect discovered by Solomon cannot permanently stave off warming. “There’s a finite amount of water vapor in the stratosphere,” Dessler says, “so it can’t cancel out the effects of CO2 forever.”