Last October, when a high-ranked Center for Disease Control official was writing her testimony for Congress on how climate change affects human health, some individual—still unnamed—from the Office of the Vice President called up and told her to cut six pages of it. Which, apparently, she did. At least that's what an EPA official has written in a letter to California Senator Barbara Boxer. 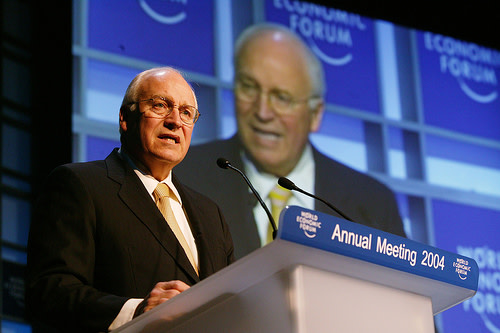 That EPA man, Jason Burnett, said the reason was the administration's steadfast rejection of any mandatory limits on fossil fuel emissions for industry. Cheney's office feared that if the CDC made the link between global warming, caused by those emissions, and public health problems, they would be up against the wall in their fight against emissions regulation. It's not really news at this point that various appointees under the Bush administration have edited the findings of scientists for political ends; the documentary evidence for that surfaced years ago. This is interesting largely because Cheney, an old energy industry hand, seems to emerge as "the puppet master," as one enviro put it today. Can't help but think of Metallica's classic Master of Puppets. We environmentalists are going to have to compile a dictionary of terms we apply to people we don't like. Karl Rove, you'll recall, was "The Architect." People who deforested the Amazon used to be called "slash and burn," also Metallica-esque. Check out The Washington Post's coverage for more. Image: flickr/World Economic Forum