Can Trees Offset Our Carbon Fumes?

A seven-year study looks closely at the carbon emitted and absorbed by forests. 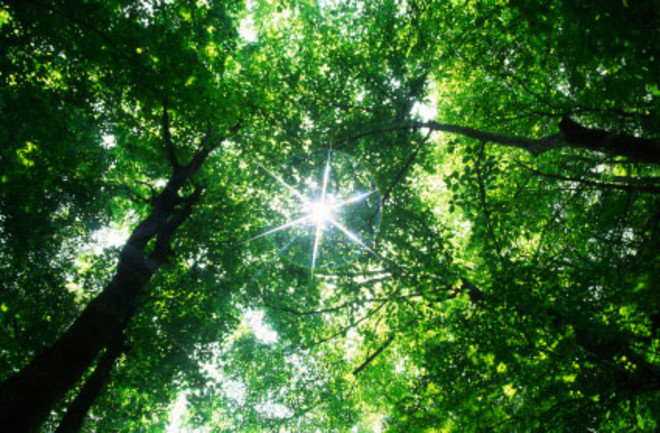 Plants may lose their carbon-capturing prowess as temperatures rise. | iStockphoto

Forests are the planet’s biggest terrestrial carbon sinks, soaking up and storing a quarter of the world’s annual emissions. Forests are also vulnerable to changes in climate, leading scientists to explore whether they can continue their sequestering magic in a warming world. A new large-scale study provides a worrisome answer, suggesting that while forests are very resilient, they may not be able to shoulder the load in the long run.

To find out which process wins out, ecologist Jerry Melillo of the Marine Biological Laboratory in Woods Hole, Massachusetts, tracked two 10,000-square-foot plots of deciduous forest for seven years. On one plot, he installed underground cables to warm the soil by 9 degrees Fahrenheit. He found that the hotter soil, rife with decaying plants, released significantly more carbon than did its cooler counterpart. That carbon burst was short-lived, however. As ammonium levels in the heated soil increased, trees grew faster and absorbed more carbon. By the study’s end, trees on the warm plot were sequestering carbon at the same rate the soil was pumping it out.

That’s good news, but there is a catch: The growth rate of trees is limited, unlike the rise in temperatures. Once that growth rate tails off, additional carbon released from the ground will enter the atmosphere and make the planet even warmer. “If we continue with business as usual,” Melillo says, “plants’ ability to store carbon will be maxed out.”