The G8 summit of the world's richest nations plus Russia and some "developing" guests (India, China) just ended, and for the post-game show on what did and didn't get accomplished, The Economist wins first prize. They agree with just about everybody else in saying the meetings didn't produce anything faintly resembling a satisfying climate change solution—our leaders kept it vague—but they argue that Bush took a baby step forward. 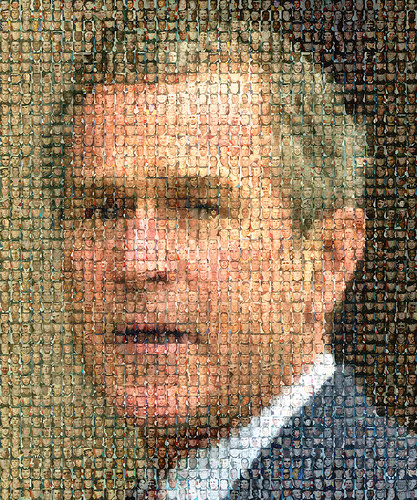 Basically, the G8's collective enviro vow this year was to adopt and implement laws that would cut carbon emissions in half by 2050. It's a day late and a dollar short, environmentalists say, and I agree, but since Bush has wriggled his way out of agreeing to any kind of specific resolution about cutting carbon in the past, this is progress. I mean, the specifics aren't that specific or anything. It's left up in the air whether emissions will be cut to half of 2005 levels or half of 1990 levels, for example. And there's nothing like an outline for which industries would have to step up and take hits and/or change their ways to meet the goals. But the point is, one-half, 2050, these are numbers. It's sort of a start.