Bucket Bungle May Have Accidentally Cooled the Earth 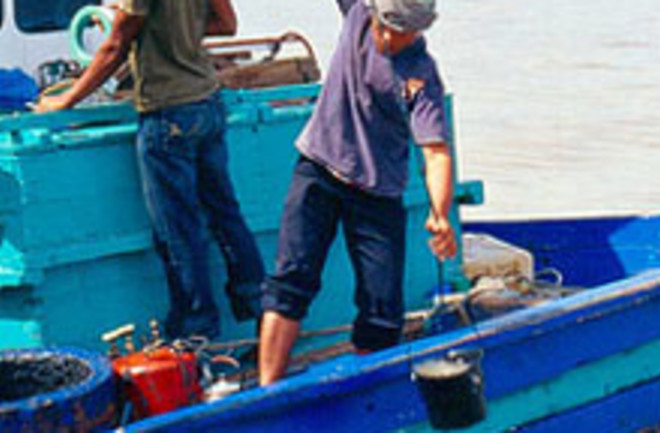 The earth's average temperature rose steadily throughout the 20th century, with only a few short blasts of cooling recorded in the climate data. But if a team of scientists led by David Thompson at Colorado State University is correct, one of the largest recorded cool-downs ever documented might have never happened. How did the mistake occur? According to Thompson, through a bucket blunder. Scientists had always struggled to find a physical cause of the 0.3 °C drop in global temperature around 1945, right at the end of World War II. But according to Thompson, the measured cooling happened because of cross-cultural confusion. During the war, Americans sailors measured the sea surface temperatures by testing water their ship took in to cool its engines. But when the British retook most of the recording responsibility in 1945, they simply drew buckets of ocean water and tested them outside. The difference between the warm engine room where the Americans tested and the non-insulated British buckets accounts for temperature drop in the record, Thompson says. Neither navy wrote down their methods in the logbook, so Thompson had to venture deep into shipping records and consult foreign sea experts to figure out the flub. In addition, Americans preoccupied with fighting also took fewer measurements during the war, says Phil Jones from the University of East Anglia in the U.K., a colleague of Thompson. That reduction in measurements makes the American data and its link to a post-war cooling even sketchier, he says. The team's finding could be a blow to those who claim the mid-century cooling proved that the earth wasn't heating up as quickly or consistently as most scientists have said, or that carbon dioxide doesn't cause global warming. But while the discovery of the Great Bucket Error could let climate modelers off the hook for never explaining the post-war drop in temperature , it also could mean our global climate data was biased in other places, too. And Thompson and his team say they don't know exactly what the temperature charts will look like once researchers try to correct for buckets' bias toward cold.