As the World Warms 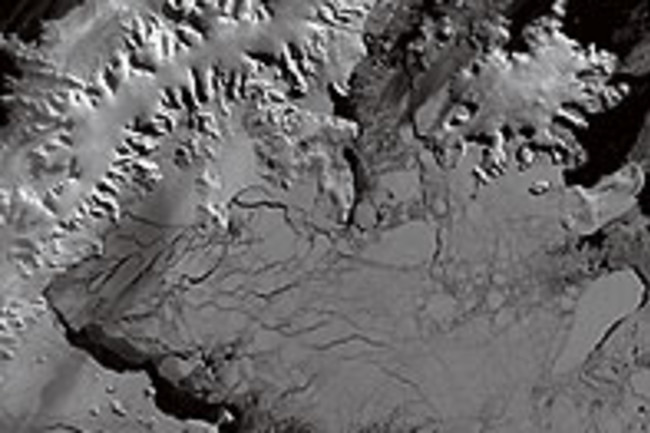 Only floating sea ice (bottom right) remains of the collapsed Larsen B ice shelf off the Antarctic Peninsula. | Courtesy of NASA/Modis

Hardly a day goes by, it seems, without fresh evidence of climate change. New reports—from Greenland to Antarctica—show rising temperatures at both poles and changing conditions in what were once stable, icebound areas. A sampling:

• Data from NASA, European, and Canadian satellites show a continuing impact from the collapse of the Larsen B ice shelf in early 2002. Nearby glaciers along the Antarctic Peninsula are now flowing into the open ocean three to eight times faster than when they were buttressed by the ice shelf, contributing significantly to rising sea levels. Additionally, NASA satellites found that some glaciers in the area have thinned by up to 125 feet.

• Populations of krill have declined by 80 percent in the Southern Ocean in the last 30 years. An international team of oceanographers attributed the drop to a loss of winter sea ice that supports the algae on which young krill feed. Krill, small shrimplike creatures, form a cornerstone of the southwest Atlantic food web.

• NASA satellites confirm that the rate of ice flow into the ocean from Greenland’s Jakobshavn Isbrae glacier—the continent’s fastest moving—has doubled between 1997 and 2003, increasing the rate of sea level rise by 4 percent.

• Temperatures are going up twice as fast in the Arctic as in the rest of the world, according to an impact statement by the Arctic Council, a consortium of 14 countries and six organizations of indigenous peoples. Further, the group reports that polar snow cover declined 10 percent in 30 years, and the thaw of permafrost will likely creep hundreds of miles northward within this century. The council also predicts that by the end of the century the famously ice-locked Northwest Passage through the Arctic Ocean will become open water in summer.