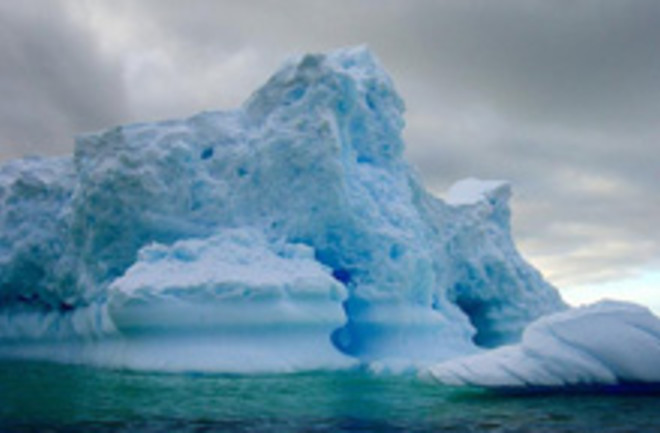 Today it's tempting to think of Antarctica as an icy wasteland, hospitable for penguins and seals but not much else. However, before the continent was covered by a permanent ice sheet, it may have been a refuge from a world in chaos, according to findings published in a journal called Naturwissenschaften. Jörg Fröbisch of Chicago's Field Museum says that a distant relative of mammals, a cat-sized herbivore called Kombuisia antarctica survived the Permian-Triassic Extinction 250 million years ago by migrating from southern Africa to Antarctica.

At the time of the end-Permian extinction, Antarctica was some distance north of its present location, warmer than it is today, and not covered with permanent glaciers [The Telegraph]

. Scientists actually possessed the K. antarctica fossils for three decades before this paper was published, but didn't bother with this question because identifying the animals wasn't the reason for collecting the fossils.

The fossil hoard had been assembled for the American Museum of Natural History as evidence of the existence of the ancient supercontinent Pangaea, in which all today's continents were locked together in one land mass [New Scientist].

Because scientists have turned up no vertebrate fossils in Antarctica from before the "Great Dying" 250 million years ago, Fröbisch's team is confident that K. antarctica migrated there across Pangaea in response to the changing world, rather than having lived there all along. That jibes with what scientists are seeing now—species on the move in response to the changing climate. Related Content: 80beats: Should Humans Relocate Animals Threatened by Global Warming? 80beats: Plants "Climb" Mountains to Escape Global Warming 80beats: In the Permian Period, Erupting Super-Volcanoes May Have Killed Half the Planet 80beats: Radar Reveals Antarctica's Secret Landscape, Hidden Beneath Miles of Ice DISCOVER: The Day Everything Died, an account of the scientific fight over what really happened 250 million years ago.