What Have We Learned Since the First Earth Day in 1970?

The environmental movement has reckoned with new choices and past failures since the very first Earth Day. 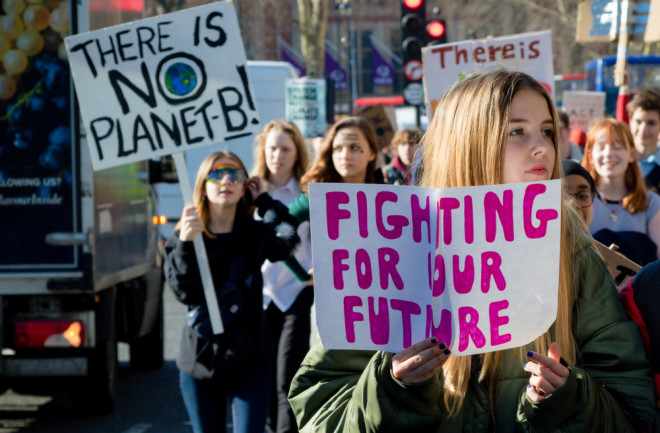 Organizers of the first Earth Day reportedly scheduled the event on a Wednesday to avoid conflicting with the “weekend activities” that college students enjoyed.

That must have been the right call. That April 22, 1970, hundreds of campuses across the country hosted lectures, protests and clean-ups, alongside citywide events in Washington, D.C. and New York City.

The environmental movement has changed since the first Earth Day. In the last half century, climate change entered the radar of organizers and the public. More people have learned about environmental justice, or the idea that everyone deserves the benefits of environmental improvements. Even with these revelations, there’s more that residents and governments must confront to achieve widespread environmental change, says Mark Roseland, a sustainability researcher at Arizona State University.

“The biggest challenge for the environmental movement 50 years on is to be able to connect to other movements,” he says. Without those partnerships, environmental progress might always be seen as a burden.

A New View on the Environment

The default Western attitude viewed the environment as something we could, and should, control. As David Brower, a prominent environmentalist, once explained, “the implicit assumption is that Man is the Master of Nature, and that losing a wild place or species or plant is of no great importance to us, and never mind the esthetics.” Even when Earth Day first kicked off, most people’s concept of the environment was as a separate, cordoned-off part of the world distinct from where they lived. “Those things that aren’t in that ‘environmental’ box,” Roseland says, “we didn’t have to pay attention to.”

By the late 1980s, more of the public learned that disentangling ourselves from the environment was going to be more difficult than it sounded. Denis Hayes, one of the founding leaders of Earth Day, warned attendees of a scientific meeting about the ecological consequences of fossil fuel burning in 1980. In 1987, countries around the world agreed to scale back production of chemicals that were eroding the Earth’s ozone layer. The choices we were making in cities, the way we grew food, moved around and powered our lives — things that didn’t fit the classic definition of “nature” — had a bigger impact on the environment than many had realized, Roseland says.

Accepting that many aspects of our lives impact the environment puts a new, challenging twist on passing effective legislation. “It’s easier to regulate the environment if you don’t think you’re part of it,” Roseland says. Research indicates that Americans tend to think these collective actions are hard to pull off, too. A study in the journal Risk Analysis found that people believe government action on climate issues is more effective — but harder to accomplish — than individual choices. “Our respondents seem alive to the collective action problem at the heart of climate change mitigation,” the study authors write.

Roseland says that some of the daunting challenge of environmental progress lies in how relatively isolated the movement has been from other social causes. For starters, “the environmental movement was perceived for so long as being white and middle class and male,” he says. Even in 1970, writers cataloguing who had joined the environmental cause paraphrased  the stereotypical male participant as having “realized that ecology would be [their] thing for a while” before moving on to something else.

But people of color had been fighting for protections against environmental hazards in their workplaces and neighborhoods since at least the 1960s. Communities of color continue to be disproportionately impacted by pollution, and some of the largest environmental nonprofits acknowledge they still have a lot of work to do to diversify who they represent and fight for.

Fighting for socioeconomic and environmental reform simultaneously leads to solutions for both causes. Community-owned solar panels can provide a sustainable and more affordable energy source for low-income residents, for example. The economic benefits of an environmental initiative must stand out too, Roseland says. For too long, environmental change was pitted against financial benefits. “If it comes down to the environment versus the economy, the environment is always going to lose,” he says.

Finding solutions that ease social, financial and environmental challenges requires a lot of collaboration across disciplines. That can be difficult for large, bureaucratic systems to navigate, and is part of why Roseland — who focuses on sustainable urban development — hopes that individual cities will have an easier time managing this kind of reform.

So far, environmental and climate movements have a lot left to accomplish. Countries are struggling to meet emissions reduction pledges in the Paris Agreement, and individual U.S. cities and states are falling short of recycling goals. Reform will take a lot more work, with a lot more people, Roseland says. “The only way to get innovation on that scale is to get extremely participatory.” If the goal is widespread, multidisciplinary yet hyperlocal movements, then maybe there are still lessons future environmental action has yet to learn from the very first Earth Day.