A Toast! To Scottish Homes Powered by Whisky 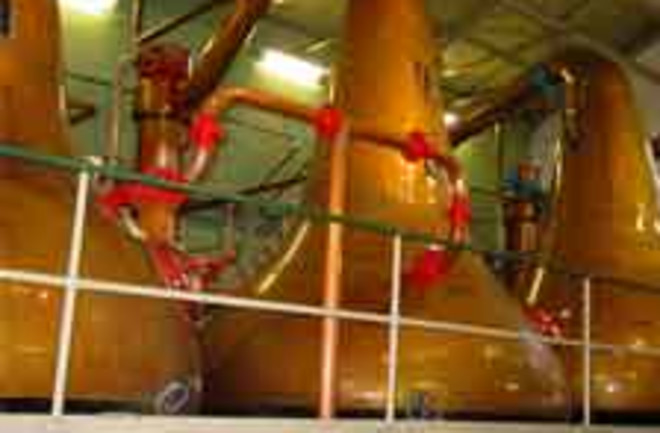 If you live in Scotland, the same whisky that energize your visits to the pub may also energize your home: Contracts are underway to construct a combined heat and power plant that runs on the leftovers of some of Scotland's most famous distilleries. Scheduled to be up and running by 2013, this particular alcohol-powered project is Scotland's first whisky-fueled energy project that will provide electricity to the public. Sixteen whisky labels located in Speyside, Scotland---including Glenfiddich, Chivas Regal, and Famous Grouse---will contribute material to the new power plant. They'll transport their spent grains (or draff) from the distilleries to the biofuel plant, where it'll be combined with wood chips and burned, generating over 7.0 MW of power. This energy output---about the same as two large wind turbines---is expected to power at least 9,000 homes. In addition, the residue called pot ale, which accumulates in the distilleries' copper stills, will be turned into animal feed and fertilizer for nearby farmers.To minimize the energy used to run the plant and ensure the process is energy efficient, no draff will be collected from distilleries farther than 25 miles away. Still, while Sam Gardner, a climate policy officer for WWF Scotland, admits that "the project looks to be a very welcome addition to Scotland's renewable industry," he's concerned that the wood might not be locally sourced. "We would want to see assurances" of that, he told Guardian News. Whisky and green energy seem to go hand-in-hand in Scotland. In Fife, for example, Scotland's largest distillery is almost done constructing an on-site bioenergy plant that will meet most of the distillery's energy needs. And don't forget the researchers who last year developed a way of producing biofuel from whisky by-products that could fuel cars in the near future. Related Content: 80beats: A Solar Power Plant in the Sahara Could Power All of Europe Discoblog: Europe’s Newest Green Energy Sources: Pedestrians and Body Heat 80beats: Feds Green-Light the Nation’s First Offshore Wind Farm Discoblog: Booze-Soaked Superconductors Provide Hot Physics Results