Should scientists be held legally accountable for their advice? 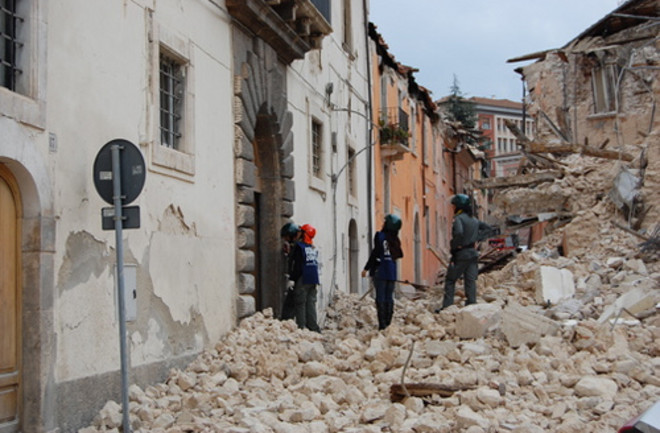 Rubble fills a narrow street after the 2009 earthquake in L'Aquila. | enpasedecentrale / Flickr

Six Italian seismic experts and one government official were found guilty of manslaughter in October and sentenced to six years in prison for deaths resulting from a 2009 earthquake. The court found that they had failed to issue adequate warnings predicting the event. Colleagues across the world condemned the decision and worried that holding scientists criminally responsible for predictions will make them less willing to advise on important decisions that affect public safety.

For months in early 2009, the small city of L’Aquila shook with minor tremors and then with a more significant 4.1-magnitude shock. Research suggests that small quakes immediately raise the risk of a large quake by as much as a thousandfold, says Thomas Jordan, director of the Southern California Earthquake Center, though the probability is still only about 1 percent per day and falls rapidly with time.

Yet when an Italian commission was convened to assess the situation, one commission member—an engineer and government official—reassured residents that the small quakes were normal or even eased seismic strain. A few days later, a 6.3-magnitude temblor killed more than 300. The prosecution alleged that the information provided by the commission caused 29 deaths. Earthquake scientists who sit on similar advisory councils in the United States are protected by law from prosecution.