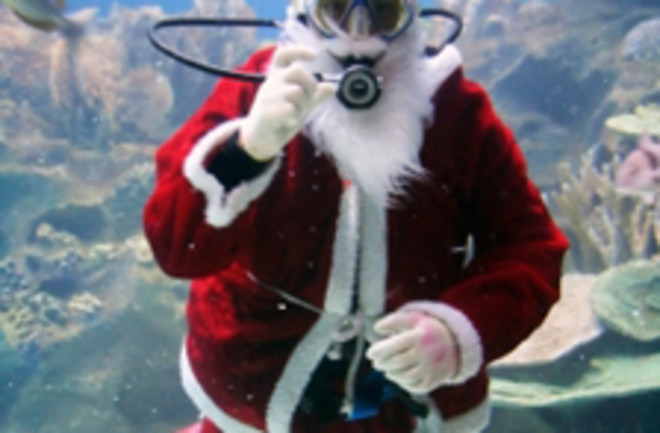 It’s the kind of news that caffeine-addled journalists latch onto and quickly blow out of proportion: The North Pole may be ice-free by the end of this summer. Will we really see a Waterworld-like apocalypse by September? Not quite. As New York Times blogger, Andy Revkin, points out, no tenured ice researcher could make this kind of prediction with high confidence. There are far too many variables to pinpoint exactly how much melt a summer will bring. Furthermore, an “ice-free” North Pole, as so many headlines have shouted, is a bit misconstrued. This summer there very well may be “open water,” a giant lake’s worth of melt that opens to Pacific or Atlantic water, says Andy Mahoney, a researcher at the National Snow and Ice Data Center. “However, this is a very different thing than an ice-free Arctic,” he says. “The Arctic ice cover is constantly in motion. At any time, there could be a small patch of open water at the Pole,” he says. “Here, we’re talking about a much larger patch of open water that would be a consequence of last year’s big thaw.” Seeing open water at the North Pole by the end of this Summer would certainly be a historic milestone in global warming—a symbol of climate change for anyone who has ever believed in Santa (His home, now flooded.), as well as an event that would significantly change shipping in the Arctic. Open water at the North Pole is equivalent to the opening of a neutral passage for freight, natural gas, and oil to be carried without need for permission to pass through other countries' territories. While a great melt in the summer of 2008 is not assured, researchers are watching nervously because of last summer, which melted through an unprecedented amount of multi-year, perennial ice—the thick, resilient kind that survives at least one summer of melt. “We’re waiting to see what last year’s thaw did to enhance ice melt or slow down ice melt,” says Mahoney. “If one year’s ice loss leads to another, well, you can see where that goes. If it looks like the loss of ice last year didn’t lead to one this year,” he says, “we’ll probably be a bit more on the conservative side as to when the Arctic could be totally ice-free.” Environmentalists are not waiting until next year to assess the damage caused by global warming. “The ice scientists are generally unnerved by the state of the North Pole,” says Kert Davies, head researcher at Greenpeace, and this is a concern coming from geological scientists who are usually not easily flustered. “The rate of change may in fact signal that we are beyond the point of no return for the Arctic,” says Davies. This sort of melt would be one final wake up call, says Davies. “I hope it triggers an even more vigorous debate in the election season.” On the Canadian front, there is the dual concern of increased shipping and ice melt in their backyard, says Kevin Grandia, managing editor for the Vancouver-based DeSmogBlog, a global warming blog. "The North Pole melting doesn’t quite land on the doorstep of a Canadian," says Grandia, "but it is getting closer to home." For people to really get it, says Grandia, they need to see the change happening at their front door. Maybe climate change will finally hit home when Santa comes down our chimneys this year in a wet suit.