2005 Drought Turned the Amazon Into a Carbon-Spewing Factory 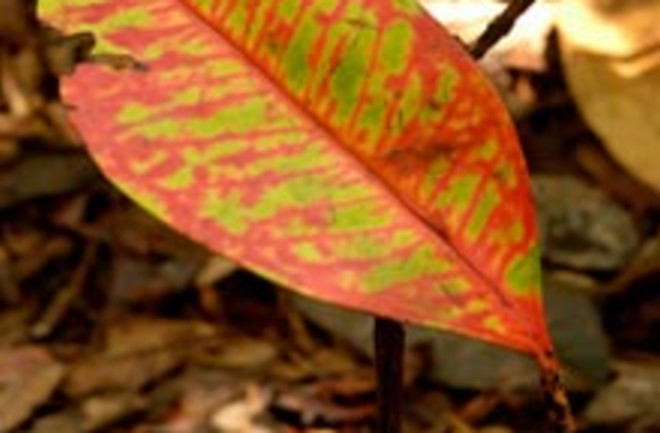 Tropical rainforests are often considered one of the world's greatest protections against global warming, as the lush forests can absorb huge amounts of carbon dioxide, the main greenhouse gas behind climate change. But shifting weather patterns can transform the rainforest from an ally to a hindrance: According to an international study, a

2005 drought in the Amazon rainforest killed trees and released more greenhouse gas than the annual emissions of Europe and Japan [Reuters].

Researchers say that the 2005 drought slowed the growth of trees, thereby slowing their absorption of carbon dioxide, and also killed off trees, which emitted carbon dioxide as they rotted. Researchers say that if global warming brings more dramatic weather patterns and dryer conditions to the Amazon, as some climate models predict, the rainforest could even accelerate global warming. Says lead researcher Oliver Phillips:

"For years, the Amazon forest has been helping to slow down climate change. But relying on this subsidy from nature is extremely dangerous.... We cannot take this carbon sink for granted" [CBC].

The researchers who wrote the new paper, published in Science, are part of RAINFOR, an international consortium of scientists who have been collecting data in the Amazon for 25 years. When the exceptional warming of the Atlantic Ocean in the summer of 2005 caused a drought in the Amazon, researchers fanned out to study the drought's effect on the forest. They found that the normal tree die-off rate of 1 percent doubled to 2 percent, and that the expansion of tree girths ground to a halt.

"Visually, most of the forest appeared little affected, but our records prove tree death rates accelerated," Professor Phillips [said]. "Because the region is so vast, even small ecological effects can scale-up to a large impact on the planet's carbon cycle" [The Independent].

When the world's rainforests are growing and thriving, they absorb an enormous amount of carbon dioxide from the atmosphere--

on the order of 1.8 billion metric tons annually, or nearly one-fifth of global emissions from fossil-fuel combustion [ScienceNOW Daily News].

But the new research shows that humanity can't rely on the rainforest to continue to sop up our emissions, says Phillips, and suggests that if we don't act quickly to curb global warming the Amazon may become part of the problem.

"It makes it more likely that forests, at some point, will release carbon to the atmosphere when they dry. It was a window into our possible future" [CBC]