Writing about science on the internet 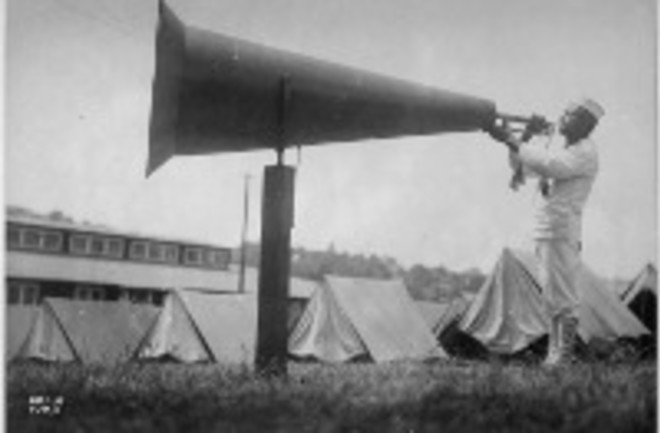 Don't be shyA few weeks ago I was asked on Twitter by someone for advice on how to write a science blog/do science communication. Since I was studying up for my qualifying exam I said I'd get back to him later. I passed, and now this is later. First, you should probably read Sabine and Chad. Second, I'll be up front and admit that I don't give much thought in the details to this sort of thing (though I follow with interest the opinions of others, such as Bora Zivkovic, on this topic). I really only have one qualification:

I've been doing this for a long time

. Since spring of 2002. To my knowledge only Derek Lowe has been blogging continually and without interruption about science longer than I have (Chad Orzel of Uncertain Principles also started in the spring of 2002). So in no special order, my "advice".... Know your goal. This is such a vague and general admonishment to be almost vacuous. But I mean it sincerely. For example, what's my goal? Basically to write about things that interest me, first and foremost. Obviously I can spin secondary goals out of this (educate the public, make some money, gain marginal internet fame, etc.). But what keeps me writing is that I'm chattering about topics and issues that are objects of intellectual obsession. This means that you sometimes have to read me going on and on about site frequency spectra, and in other cases my interpretation on the importance of the Byzantinze apogee under Basil II. Other people are more focused. Ed Yong worked really hard to get where he is now as a freelance science writer with a wide range of outlets, and he did it to a large extent by extremely high quality writerly blogging. At the other extreme you have someone like Michael Eisen, who offers his unvarnished opinions as a scientist on a variety of topics, though generally science and science policy related. I don't think anyone assumes Eisen wants to become a writer, but obviously he needs outlets besides what scientific journals can provide. Then you have John Hawks' model, a professional scientist in writerly garb.

It's more important that you have some internal raison d'etre than that it be coherent, consistent, or even attainable.

Know the web of 2013. You don't have to be a systems administrator or web developer, but you have to have a minimal amount of web 2.0 awareness. To illustrate what I mean, say you go to PNAS and see an article you like, and want to link to it in your Twitter feed. It turns out to be rather difficult to find the appropriate widget to share, though it is there. But once you try to use it all it fills in for you is the link. Not the title. So you have to manually cut & paste the title, since people often don't want to click a link if they don't know what it is to. Or if you go to an abstract in Current Biology, there's a Facebook like option, but not a Twitter widget. I'm not really picking on these journals, rather, I'm using them to illustrate that a lot of these publications don't even know how to leverage social media to increase their exposure. And what applies to journals applies to you. This isn't 2003, and traffic is not driven just through links. Much of the initial exposure you'll get is via social networks like Twitter and Facebook, so make sure that those widgets are installed. This may seem trivial, but there are too many cases where people don't bother to install them, while asking me how they could increase their web visibility. Make commenting not too much of a hassle. Don't overwhelm your site with an enormous visual header which takes up a lot of bandwidth, and occludes much of the screen. Make your RSS feed link prominent so people can subscribe. In other words, reduce the energy that it requires others to find and relay the content you're generating.Writing is iterative, chill out. You really have to jump in and figure out your speed (or realize it isn't for you). Different people have different styles. You won't know what your style is until you actually go ahead and start writing. You won't know if it is for you unless you actually try it. Many people flame out and leave behind a blogspot site with one or two posts because they don't have the first two elements under control, but a minimal level of persistence is also necessary. To iterate means repeat, and you need to try again and again until you converge upon your personal golden mean. The process though is riddled with misfires. If you can't tolerate that, then you might not be able to tolerate the process. Write what you know, or what you want to know more about. Pretty self-explanatory. You don't need to have a Ph.D. to have passion and interest in topics. But you better have those in the first place.