Why You Should Elbow the Elevator Button

The paper asked a laboratory to analyze swab samples taken throughout Manhattan and found the city an effective incubator for all sorts of staph and strep and E. coli bacteria - on taxicab seats, subway turnstiles and pay phones, and at upscale movie houses, gourmet food shops, automated teller machines and elevators. "It was a stupid article, a cheap journalistic trick," said New York City Health Department spokesman Fred Winters. "We agree with the Observer that there are germs everywhere. Always have been. And there's no more risk today than there ever was. That's why we have antibodies. That's why we have soap and water."

Nonetheless, the infamous story left a deep impression on many New Yorkers, including Gwyneth Paltrow. (For more details on the Observer piece, which I can't locate in the paper's archives, see here.) Another thing we can be sure of: The hand sanitizer industry thrives on media-fueled germ phobia. I thought back to this story (I remember reading it mid-summer while holding on to a sweaty subway pole) after seeing a tweet by science journalist Dan Vergano, which led me to this study on elevator buttons in three urban hospitals:

I see an upside here. If more people start to fear baceteria-laden elevator buttons, this might lead them to take the stairs and become fitter. 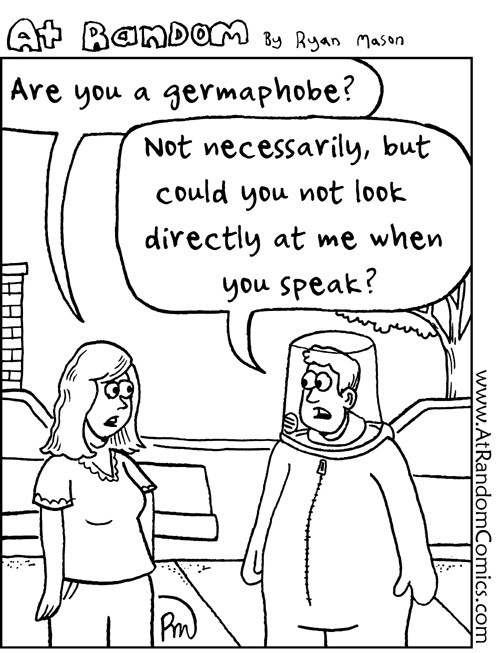