Why Was the Alphabet Invented, Anyway?

Among other things, reading hieroglyphics was a lot of work. 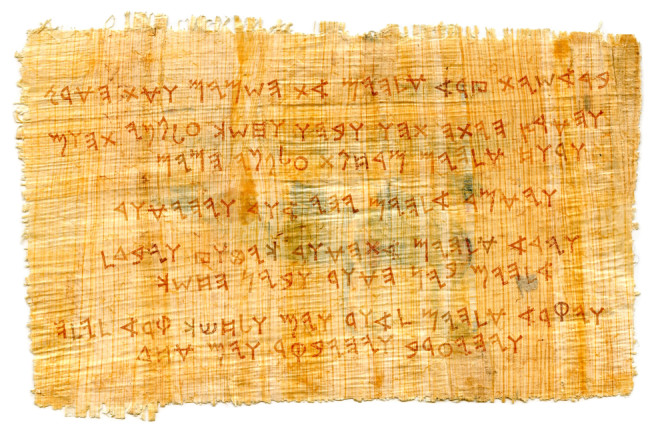 There’s a bit of debate about the origin of the phrase, “A picture is worth a thousand words.” Some believe it’s a proverb coined by the ancient Chinese philosopher Confucius; others say it’s a modern turn of phrase invented by the advertising industry at the turn of the 20th century.

But no matter its origin, the phrase begs a question: If art can express more than the words, then why was the alphabet ever invented? And the answer to that question still remains a bit of a head scratcher.

Writing is a relatively recent invention in human history, developed only about 5,000 years ago. For tens of thousands of years before that, history was largely handed down orally. “The creation of writing is the event that gave humanity a history,” says Lydia Wilson in the new BBC documentary, “The Secret History of Writing. Wilson is a research associate at the Computer Laboratory at the University of Cambridge and a visiting scholar at the Ralph Bunche Institute for International Studies at City University of New York. “What prompted our ancestors to start writing things down, not for the ear, but for the eye?” she asks.

Archaeologists have taught us that before the alphabet was invented, “written" communication was in the form of pictures, known as hieroglyphics. They are believed to have originated around 3100 BCE., not as a way to capture history, but as a method for documenting business transactions during the rise of the city-state. Scholars believe that Mesopotamia, considered the “Cradle of Civilization,” is the birthplace of many history-changing inventions and concepts, including writing.

But hieroglyphics were complicated to read and it’s believed that only a small group of scribes was able to decipher the thousands of images that represented specific words. While it’s not clear exactly when or how, researchers say sometime in the second millennium — between 1900 and 1700 BCE — an alphabetic system was developed that enabled more people to read and write.

“The giant leap came when somebody conceived of this matter, that you could draw a picture which represented something that someone could recognize but at the same time that sign could be used just for the sound of the thing it looked like, so the sound became drawn out or separated from the picture," says Irving Finkle of the British Museum in the documentary. “And, this giant leap was rather simple and it's something which could have occurred to a child, but nevertheless is of great lasting significance.”

Evolution of an Alphabet

The concept of using a sign to represent a sound has been termed the Rebus Principle; it allows words to be spelled out with pictures. That is to say, specific images were assigned to different consonants and those symbols, in turn, were strewn together to form words. Scholars who study the history of the written word believe that this new system was invented by a Semitic-speaking people who adopted new symbols — now known as letters — to represent the sounds of their language. Some scholars believe these inventors were not the intellectual scribes of the day but that, paradoxically, “Our writing system was devised by people who couldn’t read,” wrote Wilson.

Vowels were not part of this original Phoenician alphabet. But Wilson and other scholars believe that the original 22 symbols used could be drawn by the masses, including maritime traders who lived in what is now Lebanon, Syria and Israel. By the 8th century BCE, the alphabet had made its way to Greece. It’s then, scholars say, that symbols representing vowels were added. The addition of vowels marked the creation of the first “true” alphabet because they removed the ambiguity of how words are read and pronounced.

Over time, the Greek alphabet gave rise to several other alphabets, including Latin, the basis of the English alphabet, and Cyrillic, which became the modern Russian alphabet.

From Egypt to Emoji

Three thousand years from now, what will archeologists think of emojis? Are today’s emojis yesterday’s hieroglyphics? Absolutely, says Israeli egyptologist Orly Goldwasser, who believes that the emoji “fulfills a social need the ancient Egyptians would have understood,” writes Wilson. “Emojis actually brought modern society something important,” says Goldwasser. “We feel the loss of images, we long for them, and with emojis we have brought a little bit of the ancient Egyptian games into our lives.” The emoji debuted in 1999 with the release of the NTT DOCOMO mobile phone and 176 emojis. Created by Japanese designer, Shigetaka Kurita, the word is a portmanteau of the Japanese word for picture, “e” and the word for character, “moji.”

And, while it may be fun for some to try to figure out what an emoji sentence means, consider, if you will, trying your hand at writing in hieroglyphics.