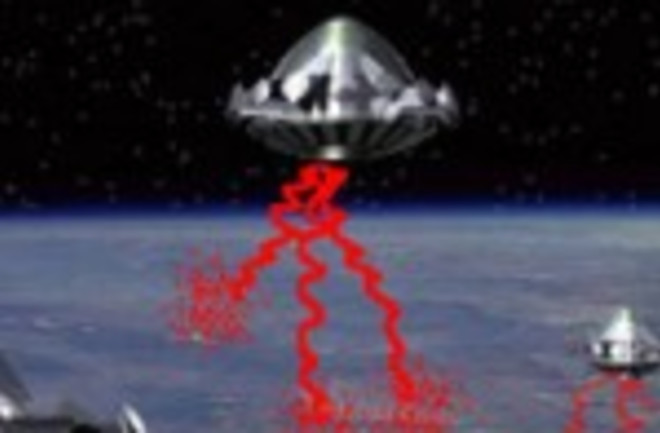 I have, from time to time, made a point that astronomers rarely if ever report UFOs. If UFOs really were buzzing us as much as the media and UFO proponents would have us believe, then astronomers would overwhelmingly report the majority of them: we spend far more time outside looking up than pretty much any other group of people.

So why don't we see all these alien spacecraft? I think this is because we almost always understand what we're seeing in the sky, so we know not to mistake Venus, the Moon, a satellite, or other mundane things for flying saucers.

While UFO believers love to make hay of this -- showing me the extremely rare time when an astronomer has reported a UFO, thus proving my point, or falsely saying astronomers spend too much time at the eyepiece to note the broader sky (which is ridiculous) -- the fact is, astronomers are familiar with the sky, so we know what's going on.

Well, almost always know. John Woolley of the Greater Edmonton Skeptics Society has an amusing story of the time he and some other astronomers saw something they couldn't immediately explain... and make sure you read Part 2.

So remember, despite the claims of the UFO crowd and the media that love to play this stuff up, seeing isn't believing. Understanding is!