Why are taller people more intelligent? 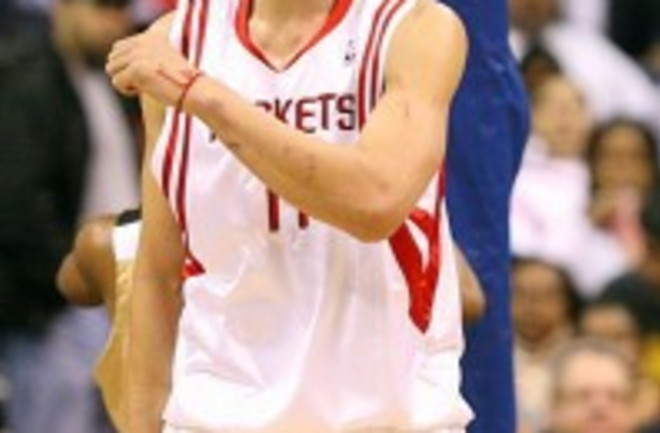 Update: First, people coming to this weblog for the first time should know that I moderate comments. So if you leave an obnoxious one it’s basically like an email to me (no one will see it). Second, the correlation between height and intelligence is not that high. This association is probably not going to be intuitively visible to anyone, but rather only shows up in large data sets. So please stop offering yourself as a counter-example of the trend (also, the key is to look within families, because the signal here is going to be swamped by other factors when you compare across populations). Third, a friend has sent me another paper which does confirm that even within sibling cohorts there does seem to be a correlation between height and I.Q. The problem is that it is a very small one, so you need large data sets with a lot of power to see it.

One moderately interesting social science finding is that there is a positive correlation between height and measured intelligence (e.g., on an I.Q. test). Setting aside the possibility that I.Q. tests designs are culturally biased against shorter people, one wonders why this is so. Height is a highly heritable trait where most of the variation within the population is due to variation as numerous genes. In other words, there isn’t a “tall” or “short” gene, but thousands and thousands of variants which shape the variation of the trait across the population. When I say it is highly heritable, I mean to imply that most of the variation in height in developed societies is due to genes (80-90%). As it happens intelligence is somewhat similar in its genetic architecture, heritable due to small effects across many genes. In general estimates for the heritability of intelligence tend to be somewhat lower, on the order of ~50% rather than 80-90%.

It is due to the highly polygenic nature that both of these traits have been posited as candidates for a “good genes” model of sexual selection. Presumably individuals with a higher mutational load will have lower intelligence and be shorter, all things equal, because these traits have extensive genome-wide coverage and are big targets. Geoffrey Miller’s The Mating Mind: How Sexual Choice Shaped the Evolution of Human Nature, was predicated on this logic. If the mutational load argument holds then the reduced I.Q. of shorter individuals may simply be due to the same cause: “bad genes.”

Another scenario is that assortative mating between tall and intelligent people has generated a correlation between alleles which tend toward this end of the trait distribution. The phenomenon is simple enough to describe; height and intelligence are both attractive, and even if they are not due to the same genetic loci the pairing of tall and smart results in the correlation between the traits. My own assumption is that something like this, perhaps with a mutational effect at the bottom of the distribution (due to large effect deleterious alleles knocking people down in height and intelligence), generates most of the correlation. Part of this is due to my reading of The g Factor:

It is now well established that both height and weight are correlated with IQ. When age is controlled, the correlations in different studies range mostly between 0.10 and 0.30, and the average about 0.20. Studies based on siblings find no significant within-family correlation, and gifted children (who are taller than their age mates in the general population) are not taller than their non-gifted siblings.

Whenever people posit a pleiotropic relationship between traits I am always curious about the possibility that the traits may be correlated (or not) in siblings. Population structure of some sort can produce correlations, but patterns within families are often more informative of the genuine genetic basis of these correlations.

A new paper in PLOS GENETICS tackles this with more sophisticated techniques. They conclude:

Traits that are attractive to the opposite sex are often positively correlated when scaled such that scores increase with attractiveness, and this correlation typically has a genetic component. Such traits can be genetically correlated due to genes that affect both traits (“pleiotropy”) and/or because assortative mating causes statistical correlations to develop between selected alleles across the traits (“gametic phase disequilibrium”). In this study, we modeled the covariation between monozygotic and dizygotic twins, their siblings, and their parents (total N = 7,905) to elucidate the nature of the correlation between two potentially sexually selected traits in humans: height and IQ. Unlike previous designs used to investigate the nature of the height–IQ correlation, the present design accounts for the effects of assortative mating and provides much less biased estimates of additive genetic, non-additive genetic, and shared environmental influences. Both traits were highly heritable, although there was greater evidence for non-additive genetic effects in males. After accounting for assortative mating, the correlation between height and IQ was found to be almost entirely genetic in nature. Model fits indicate that both pleiotropy and assortative mating contribute significantly and about equally to this genetic correlation.

Pleiotropy here means that the same gene is impacting different traits (height and I.Q.). The additive genetic correlation between height and I.Q. was 0.08 and 0.17 in males and females respectively. These are small correlations obviously, but it’s what we’d expect.

After the statistical modeling using a twin design there’s a lot of talk about sexual selection and the long arc of evolutionary genetics (e.g., additive genetic variation being exhausted by selection). This is what you have to do in discussions, but I’m not sure it really adds any value. How strong is sexual selection for intelligence and height? The data show that taller men have more sexual partners, but the problem here is that taller men have taller daughters, and these daughters are not necessarily so reproductively fit. Whenever you are talking about sexual selection you need to take into account the antagonism that might entail because of the differential value of a trait between the sexes (e.g., masculine men may have masculine daughters). As for I.Q., I’m not sure about the long term distribution of fitness for this trait. I have a suspicion that the “sweet spot” for mating is to be only somewhat smarter than than the average, but not so clever so as to be obnoxious.

In the end I’d really like to see a massive number of siblings compared. I think that’s doable with this data set, but I didn’t see it in the paper (tell me if I’ve missed something). At some point we’ll have accurate high coverage whole genomes for many pairs, and we can ascertain whether it’s mutational load and pleiotropy more directly when it comes to correlations like this. Since pedophiles tend to be shorter and less intelligent I’m willing to accept deep biological connections across many traits. But I feel that the whole area is somewhat of a muddle right now. And talking a lot about sexual selection strikes me as excessive hand waving.

If You're Having a Good First Date, Your Heart Beats May be Synced

More From Discover
The Sciences
5 Hispanic Scientists That Made Amazing Contributions To Science
Technology
Taking a Closer Look at Forensic Science Behind U.S. Criminal Justice
The Sciences
4 Important Child Prodigies in Science and Tech
Technology
How Will We Know When Artificial Intelligence Is Sentient?
Mind
Understanding the Flaws Behind the IQ Test
Planet Earth
Fish Can Count, Along with Other Animals
Recommendations From Our Store
My Science ShopDiscover STEM Kits
My Science ShopDiscover 2022 Calendar
My Science ShopStrange Science
My Science ShopElements Flashcards
Shop Now
Stay Curious
Join
Our List