Where Does the Periodic Table End?

Scientists keep finding new pure units of matter — but it's getting ever harder. 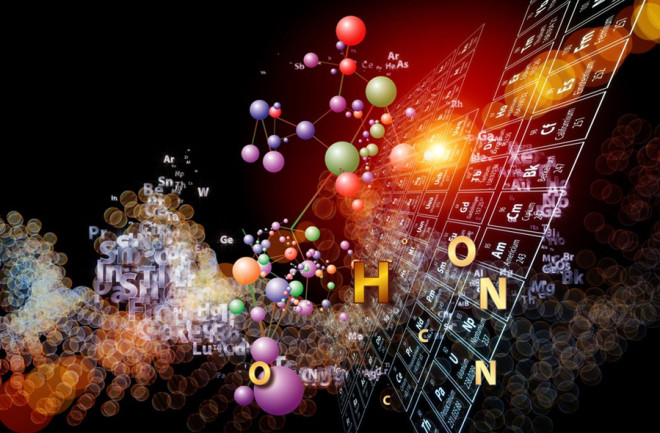 Take a look around: Every single thing you see is made up of elements in the periodic table. Ever since scientists first cobbled together these catalogs of nature’s building blocks in the 19th century, they have wondered if there was any end to the elements and their variants, called isotopes. It’s a profound question at the heart of the physical universe.

Nowadays, we have 118 elements on the books, distinguished by the number of protons in their nuclei. About two dozen of these elements, however, do not occur in nature.

Over the years, physicists have conjured new, short-lived and typically supersized elements (as defined by their atomic number, or proton count)by smashing atomic nuclei together in particle accelerators. Hordes of interesting isotopes also have emerged from these colliders.

Each new record-setting “superheavy” element tacked on to the periodic table gives us insight into natural laws and their limits. Meanwhile, isotopes — variants of an element with different numbers of neutrons in their nuclei — can have distinct properties that make them scientifically and industrially valuable. For example, the most frequently used isotope for medical imaging is an isotope of technetium, the first element ever artificially synthesized in 1937. And many smoke detectors contain an isotope of americium, a man-made, radioactive superheavy element originally forged in 1944.

The white crosses show combinations of protons and neutrons that form stable isotopes among the heaviest elements. Researchers hope an “island of stability” awaits them at high numbers. (Credit: Yuri Oganessian)

Scientists are eager to keep filling out the periodic table. One big reason: the hope of reaching the conjectured “island of stability.” There, “magic numbers” — as normally dour physicists call them — of protons and neutrons should play together nicely, making for a more stable nucleus.

This should afford new superheavy atoms much longer lifetimes than their rapidly decaying neighbors on the periodic table. Superheavy nuclei, by their fundamentally unstable and synthetic nature, behave in different and unpredictable ways compared with the nuclei of naturally occurring elements, so no one’s sure just where the island will be. But researchers think we’re close.

Annoyingly, though, we might first hit a wall when it comes to creating new elements beyond the 92 natural and 26 synthetic elements that currently exist. That’s because today’s atom-smashing methods are near their theoretical and technological limits.

“We think we have a path forward to element 120,” says Dawn Shaughnessy, a chemist and project leader of the heavy element program at Lawrence Livermore National Laboratory.

Whether we can get beyond 120 is anyone’s guess, she says.

To keep the periodic table party going, in the coming decade, labs will be revving up next-generation atomic colliders to crank out exotic elements and probe how nature itself produces all the elements of the universe. “When you make heavier and heavier elements, you make elements with very different chemical properties,” says Walt Loveland, a professor of chemistry at Oregon State University. “That can inform us how atomic structure works.”

Pushing nature’s envelope could also shed light on the ultimate origins of matter in the Big Bang and stellar furnaces, how particles self-organize into discrete elements and more. “We’re trying to answer the fundamental question, ‘Where does matter end?’ ” says Shaughnessy.

New Elements on the Block

The resulting superheavy element, along with various smaller particles, then careens into silicon detectors surrounding the target. The detectors distinguish the nuclei based upon the energies of the detected particles.

The most recent elemental advance came last year when nuclear scientists at the Helmholtz Center for Heavy Ion Research in Germany bombarded a lump of 97-proton berkelium with a beam of 20-proton calcium ions. The result was a few atoms of the 117-proton element, which still awaits a formal name. (So does element 118, discovered in 2002.)

Like most superheavy elements, 117 proved unstable, lasting only a fraction of a second before splitting apart into lighter elements. But one of its initial breakdown products was a never-before-seen isotope, lawrencium-266 (meaning lawrencium, element number 103, with 163 neutrons). It lasted 11 hours — an eternity in the superheavy realm. That exciting find hints that the island of stability is coming into view.

This diagram of element 117, the most recently discovered member of the periodic table, shows its 117 protons (red) and 117 electrons (green). Shown here is the most stable isotope of the element, ununseptium-294, with 177 neutrons (blue). (Credit: SPL/Science Source)

To push on to element 120 and the predicted island, researchers will make use of the Super Heavy Element Factory (SHE-Factory) in Dubna, Russia, which should begin knocking nuclear heads together in 2016. Like today’s colliders, it will use magnetic fields to smash beams of lighter elements into heavier target elements.

But to create new superheavies, SHE-Factory and other facilities are exploring new, more powerful beams and state-of-the-art particle detectors. From the start, SHE-Factory will unleash beams with 20 times the intensity of today’s best accelerators.  The facility will also rely on new ultrasensitive instruments capable of spotting easily missed particles that continuously check data for superheavy element generation for months on end. Patience is key in the superheavy world because the vast majority of collisions in the reactor produce unwanted nuclei, and a vanishing few, if any, are superheavy elements.  In 2012, when Japanese researchers successfully produced an atom of element 113, they had been running the experiment for 553 days over a period of more than nine years. “The problem is when you’re looking for one atom, you may have to wait a long, long time,” says Loveland.

“SHE-Factory will allow experiments with a sensitivity of approximately 100 times higher than what we have today,” says Yuri Oganessian, scientific leader of the Flerov Laboratory of Nuclear Reactions at the Joint Institute for Nuclear Research in Dubna. “It will increase our chances of synthesizing 119, 120 and heavier elements.”

For scientists to reach the island of stability, they’ll have to take advantage of neutrons as well as protons. These subatomic particles are bound together in the atomic nucleus by the strong force, one of the four fundamental forces of nature (along with gravity, electromagnetism and the weak force). More neutrons can promote stability by upping the strong-force interactions among the particles packed like sardines in a superheavy nucleus, which would otherwise repel each other.  “We are not yet to the center of the island of stability because we are too neutron-deficient,” says Shaughnessy. But by adding neutrons into the nucleus, it might be possible to increase their lifetimes.

The periodic table lists all the known elements of the universe. Here, the human-made ones are called out. Scientists are working to find out if the table ever ends. (Credit: Alison Mackey/Discover)

Boosting neutron numbers will be the purview of Michigan’s $730 million Facility for Rare Isotope Beams (FRIB), which broke ground last March. FRIB will unleash neutron-rich beams at both conventional and unconventional elemental targets, making longer-lasting, neutron-loaded superheavies.  FRIB’s beams will consist of large, yet common, atoms, like uranium-238, accelerated to half the speed of light. The targets in this case are smaller atoms, which shatter the larger particles upon collision. The resulting atomic shards will be carefully separated on the fly, using electromagnetic fields and other tricks to corral and store the radioactive, neutron-dense isotopes of interest that emerge from the collision.  After it opens in 2022, FRIB should also spawn about 1,000 new isotopes and useful quantities of 3,500 known isotopes — which together make up 80 percent of all the isotopes thought possible between hydrogen and uranium. “If scientists want an isotope, FRIB would be a good place to get it,” says Brad Sherrill, chief scientist at FRIB. Among the most desired isotopes will be those of elements heavier than iron, including gold and silver. Theory holds that supernovas, the explosive deaths of giant stars, forge these heavy elements. Yet our finest supercomputer models of supernovas fail to produce the right mix of gold, silver and numerous other familiar metals. “The elements in people’s jewelry? We don’t know where those came from,” says Sherrill. FRIB will produce the short-lived precursors to such elements in quantity, and the results could solve that astrophysical mystery.  More down to Earth, FRIB could also unveil new radioactive isotopes for zapping cancer. These isotopes could have chemistries that favor binding to delivery agents, thus packing potent, tumor-directed punches. Another benefit could be helping scientists at work on innovative nuclear power plants better understand the exotic new neutron-laden materials they might be working with, resulting in more efficient and less wasteful reactors.

Overall, the coming crop of new superheavy elements and novel isotopes looks set to revamp our understanding of nature at the atomic level. “In nuclear physics, there are many frontiers,” says Sherrill. “This is a story where we don’t know the ending.”

[This article originally appeared in print as "Forging New Elements."]